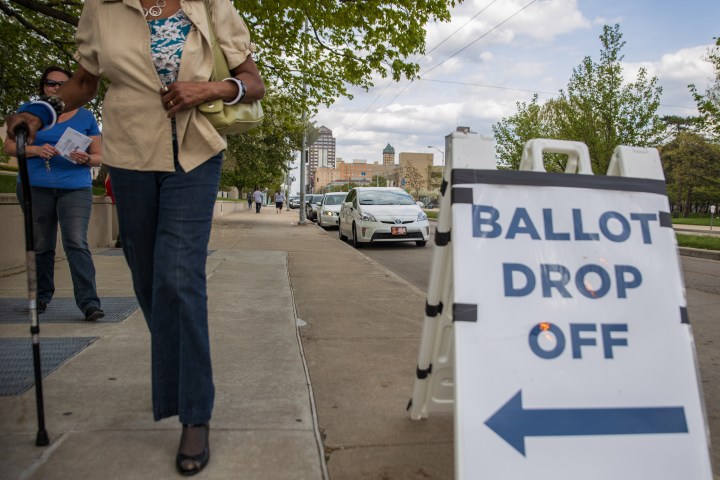 Postmaster General Louis DeJoy testified before a House committee on Monday that the U.S. Postal Service is “fully capable and committed to delivering the nation’s ballots securely and on time.” On Friday, he told Senators he was “extremely, highly confident” all ballots mailed before Election Day will be delivered in time to be counted.

Many Americans are not so confident. Nearly half are expecting to run into issues voting this fall, according to a new study from the Pew Research Center.

DeJoy’s testimony comes after weeks of mounting concern and controversy over cost-cutting measures at the Post Office in advance of the election. There have already been significant slowdowns in mail delivery around the country in recent weeks, and last month the Postal Service sent letters to election officials in 46 states and Washington, D.C., warning that millions of ballots could be delayed.

More Americans than ever are expected to vote by mail this fall because of the pandemic, and many states have moved to make it easier. Most states will allow anyone to vote absentee without a reason, or using COVID as a reason. California, Vermont and Washington D.C. will automatically mail a ballot to every registered voter for the first time this fall. And a number of other states will mail every registered voter an application for an absentee ballot.

“The volume of ballots that are going to be in the mail system in a very short period of time is going to put an enormous amount of strain on the U.S. Postal Service. We’re talking about tens of millions of ballots in many states,” R. Michael Alvarez, co-director of the Caltech/MIT Voting Technology Project, told Marketplace’s Make Me Smart podcast earlier this month.

If you’re planning to vote by mail this year, or considering it, here are a few ways to be cautious and vigilant:

Be sure you’re registered by your state’s deadline

The first thing to do this year and every other election year is make sure you’re registered to vote. Every state has different deadlines for registering, but most are in October. You can check your registration status online at USA.gov.

Check your state’s rules — and deadlines — for voting by mail

“One thing to keep in mind is that in every state, you can vote by mail,” Alvarez said. “The question is, how easy is it going to be for you to get that ballot and vote it by mail?”

Even in states that are making it easy for people to vote by mail, there is still the potential for delays or other glitches, according to Myrna Pérez, director of the voting rights and elections program at the Brennan Center for Justice at NYU School of Law.

“The name of the game here is going to be to vote early in whatever way that you can,” she said. “If you’re going to be voting by mail, get your ballot as soon as you can, return it as soon as you can. That will provide some insurance against postal delays … If you are in a state that has early in-person voting and you want to vote in person, go as early as you can.”

Know your options for casting your ballot

If you don’t want to stand in line to vote on Election Day, but you’re concerned about the prospect of dropping your ballot in the mail, there are other options.

Every state except Oregon, New Hampshire and Connecticut allows either early voting or in-person absentee voting. A growing number of states are installing ballot drop boxes, which bypass the Postal Service. And most states allow you to hand-deliver your absentee ballot to your local election office.

However you choose to vote, “the most important thing is to take advantage of every convenience that is out there when casting a ballot,” said Daniel Smith, a professor of political science at the University of Florida. “If your state has early in-person voting, get out to the polls as soon as you can, as soon as those polls open. Spread out the curve when it comes to voting so that we aren’t having congested polling places. The same is true if you want to vote by mail: do it early.”