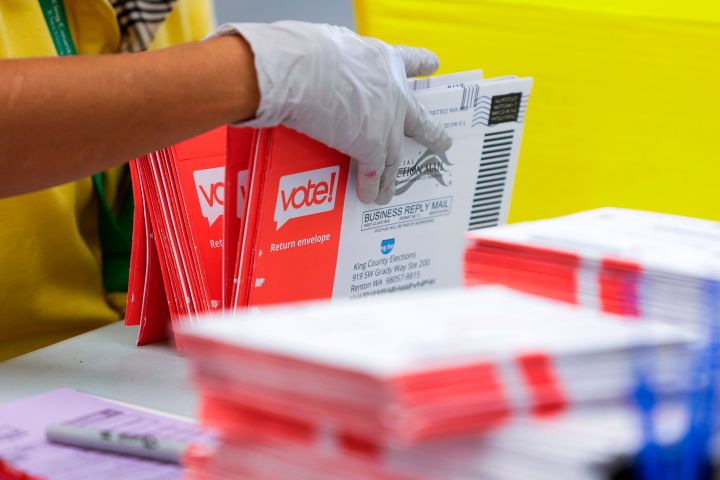 The record fundraising and spending in the 2020 campaign is unlikely to end on Election Day. Candidates and campaigns will still have plenty of bills to pay, and potentially new expenses such as potential recounts in close races.

The rules differ across the country in terms of how states handle recounts, but in many states, if a race is really close, states will automatically double-check the tally. In other states, a voter or a losing candidate can request a recount.

“The majority of recounts are, what we call close vote margin, taxpayer-funded recounts,” said Mark Halvorson with Citizens for Election Integrity Minnesota, an election monitoring group that keeps track of recount laws and regulations all over the country. “About 35 states have these provisions when the margin is anywhere between about 0.1% and 0.5%.”

Sometimes recounts are run through the same vote counting machines that did the first count, and some recounts are done by hand, which is typically the most expensive option.

“The cost is virtually 100% labor — the setting up of the recount, hiring people to do that, [when] we’re talking about a manual recount,” said Conny McCormack, an election administration consultant who has studied the costs of recounts in several elections.

McCormack said local jurisdictions pick up the initial costs to be reimbursed by the state, but that’s just if the race is within the legal margin.

But if the gap between the winner and loser doesn’t fall within that threshold, “the candidate, or the voter or the political party must pay, and it can run into the hundreds of thousands of dollars,” she added.

For example, in the 2016 election, the campaign of Green Party presidential candidate Jill Stein asked for recounts in Wisconsin, Pennsylvania and Michigan, and had to come up with money to pay for them. According to the Center for Responsive Politics, the Stein campaign raised almost twice as much for the recount than the campaign raised for the presidential race.

“We raised a little over $7 million for the recounts,” Stein told Marketplace. “We spent initially, about six-and-a-half million dollars, the major portion of that was on filing fees to the three states and attorneys fees.”

Stein said some of the fees ended up being refunded in legal fights that are still ongoing almost four years later.

In the 2020 race, it’s more likely the major parties would step in to foot the bill for a recount, and both the Democrats and Republicans say they are prepared with cash and staff in the event they want to challenge tight races, either by paying for a recount or fighting results in court.