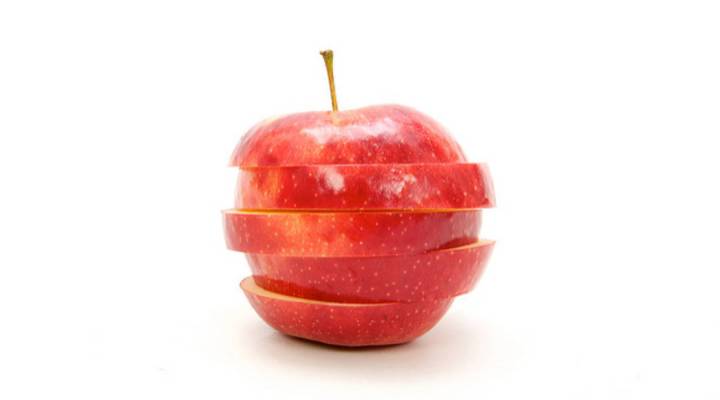 It isn’t a secret that kids usually don’t want to eat their fruits and vegetables. But, some researchers at Cornell University’s Food and Brand Lab had an inkling they may have found the trick. In a pilot study conducted at several schools, they found that apple consumption jumped 70 percent when the fruit was sliced.

Roberto Fredman wrote, for the Washington Post, about this clever hack.

In 2004 McDonald’s started serving pre-sliced apples. And at first they were optional, then in 2012 McDonald’s made them mandatory, they served them with all Happy Meals. And what we’ve seen is this huge increase in pre-sliced apple consumption, and it’s tied largely to that.

On the state of the apple industry:

The apple industry isn’t exactly reeling, but apple sales have been kind of stagnant or falling for some time now. Or had been, leading up to when they started serving pre-sliced apples. Pre-sliced apples offer this kind of new product, and innovation in a mature industry is rare. So, kind of happening upon this, thanks in part to McDonald’s, was a welcome sign for the apple industry.

Why he thinks pre-sliced apples might have some drawbacks:

There’s concern that while this is a great innovation and a way to get kids to eat apples and reduce food waste, it’s kind of this classic sign of our desire for convenience. And in order to serve these pre-sliced apples, we need to put them in something and in this case it’s plastic. At a time that we’re trying to reduce waste, reduce our use of plastic, the apple industry is increasing our use of plastic.