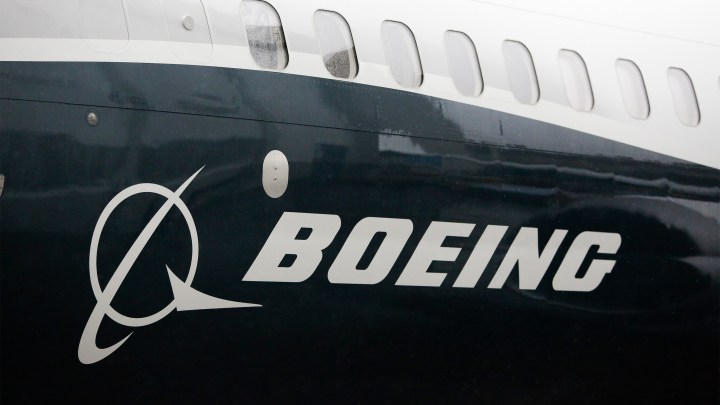 COPY
Boeing's first 737 MAX 9 is rolled out for the media at the Boeing factory in Renton, Washington, in 2017. Jason Redmond/AFP/Getty Images

Boeing's first 737 MAX 9 is rolled out for the media at the Boeing factory in Renton, Washington, in 2017. Jason Redmond/AFP/Getty Images
Listen Now

Boeing reported a net loss of $466 million in its third quarter as sales dropped. The company said Wednesday it expects to end next year with around 130,000 employees. It started 2020 with a workforce of 160,000.

“Historically, Boeing has been the world’s single biggest plane maker, and the biggest single exporting manufacturer in the U.S.,” said Richard Aboulafia, an aviation analyst at Teal Group. “So it really is a needle-mover in terms of the broader economy.”

And sort of like General Electric Co., Boeing has worked to diversify.

“Boeing has a lot of commercial, military, defense, software and engineering programs. It’s not just building the big 747 jets of old,” said Arthur Wheaton at the Worker Institute at Cornell University. “It’s a pretty big corporation and has a huge impact on supply chains.”

There’s a vast array of subcontractors in the U.S. and worldwide that produce for and with Boeing. So when demand for Boeing products declines, it is felt by many of Boeing’s 17,000 suppliers.

“Keep in mind, these are not just people that are turning wrenches,” said Michael Boyd, an aviation industry consultant in Evergreen, Colorado. “It’s not like just getting rid of a couple mechanics, you’re getting rid of some highly trained people that you’re going to have to get back eventually.”

Aboulafia said his fear is that manufacturing will soon start feeling the pain of the pandemic like retail and hospitality already have.

“And I think unfortunately, we’re bound to see additional production cuts and job losses in the commercial aerospace industry along with other similar losses in other parts of the economy,” he said.

Because as the biggest companies go, so goes the American economy. 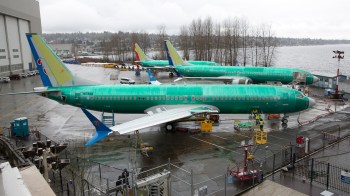