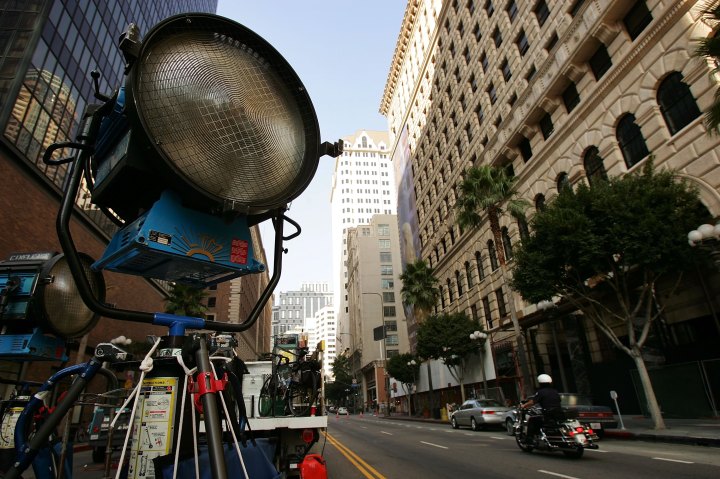 COPY
Reality TV productions got back to work before most scripted projects. David McNew/Getty Images
COVID-19

Reality TV productions got back to work before most scripted projects. David McNew/Getty Images
Listen Now

Filming in the Greater Los Angeles area was down nearly 55% from July through September compared to last year. FilmLA, the nonprofit that tracks production in the area, predicts that more large-scale productions will restart in the next few weeks.

“Marketplace” host Kai Ryssdal spoke with Bryn Sandberg, a senior writer at The Hollywood Reporter, about how television shows are getting back to work safely in LA and beyond.

Kai Ryssdal: Give me the lay of the production landscape now, if you would. Here we are, like eight months into this thing.

Bryn Sandberg: Yes. So it is been a real tough puzzle for Hollywood to figure out, of course. You know, all productions were shut down, starting in March. And it has been a long few months to try to get productions back up and running and to do so safely. So we really started to see productions coming back in summer, actually. And it started with some smaller, unscripted programs, because those are shows that have smaller casts, smaller crew. You know, just fewer people on set. And they’re also shorter productions. They only take a couple of weeks, sometimes rather than, you know, the months and months that certain scripted shows and films can take. We also saw Tyler Perry was a leader in this movement, and he got people back to work at his studio in Atlanta, Georgia. So that was something that, you know, he was really a trailblazer there.

Ryssdal: Yeah. Well, he and he did the bubble thing, right? I mean, he got everybody in there and shut ’em down. I heard an interview with with one of the producers of “Fargo,” they basically did the same thing. So depending on your production model, I suppose, there’s a couple of ways they can go.

Sandberg: That has been a big way that productions have been able to get back successfully is to maintain some sort of quarantine bubble on set. So we saw Tyler Perry do it. You know, he has a big compound there where people could stay. They had little apartments, little rooms that they could stay in. They weren’t going off the property. They were quarantined, you know, for two weeks before to make sure they weren’t infected, and of course tested. We also saw are currently seeing “Jurassic World” doing this in the U.K. And they actually bought out a nearby hotel and have a lot of cast members and crew members staying there. And they test the hotel employees regularly as well, just to make sure that they can maintain that that bubble and keep people safe.

Ryssdal: Yeah. Assuming I could get onto a set, whichever one it was. If I could pierce the Tyler Perry bubble or get back onto a reality show or unscripted set. What does it look like? I mean, they must be checking temperatures and swabbing my nose and the whole deal?

Sandberg: Absolutely. I spoke with one of the actors on a Tyler Perry show, “Sistas.” And she was saying that when she arrived on the set, she felt like she was walking into a sci-fi movie, because you see people that are in hazmat suits people with all sorts of PPE. And also you see that the set is divided into zones now. The strictest zones usually have the actors who aren’t able to wear, you know, their masks when they’re filming a scene, so therefore they’re more susceptible should someone have COVID on set. And so that’s where the most PPE is needed for the crew members.

Ryssdal: So this one’s unknowable, but I’m gonna ask you anyway. Do we think this affects the quality of the product at all — what we’re gonna see eventually when these things get released?

Sandberg: Oh, that’s a great question. I think it’s a little bit too early to tell because we haven’t seen much released that’s actually been produced during the quarantine. We’re talking about scripted series, especially the kind that involve intimate scenes, anything that involves actually touching another person. You know, there’s all sorts of other layers to that now, and this is these are conversations that are happening in writers rooms where they say, maybe we should tweak that scene or maybe we should cut that to make it easier for, you know, our friends on set to be able to shoot it.