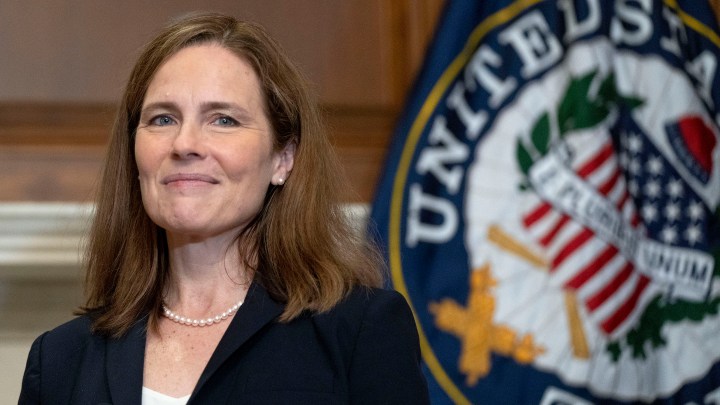 Democrats are boycotting the Senate Judiciary Committee’s vote Thursday on Judge Amy Coney Barrett’s nomination to the Supreme Court. It’s effectively a delay tactic, but Republicans are still expected to confirm Barrett, likely on Monday. That could mean another few big fundraising days for Democrats.

Supreme Court Justice Ruth Bader Ginsburg died on Friday, Sept. 18. By that next Monday, Democrats had donated more than $160 million through the fundraising site ActBlue, and they gave at least $35 million more during the confirmation hearings for Barrett.

Democratic strategist Atima Omara says it has been a financial boon for Democrats.

“It’s the first time, probably in the last couple of decades, that the Supreme Court has been a bigger motivator for the Democratic side than it has been for the Republicans,” Omara said.

In fact, according to the most recent Federal Election Commission filings, between July and September, Democrats raised $1.5 billion through ActBlue, more than twice the amount Republicans raised through their fundraising site, WinRed.

Liam Donovan, a Republican lobbyist, said Democrats have been really successful lately at turning news headlines that rile up their base into fundraising dollars.

“Anger is a powerful thing in terms of translating into dollars,” Donovan said. “And that’s not what Republicans have right now.”

Almost all of those dollars that have been raised in recent weeks (or that are raised in the coming days) will be spent by Election Day — much of it on TV and digital ads, said Democratic strategist Julia Ager.

“I’ve seen a couple folks say, like, ‘Oh, wow, there’s not even a way to spend this amount of money.’ There is, there is,” Ager said.

And in close Senate races, like South Carolina or Georgia, Ager said, the extra millions can make a big difference.