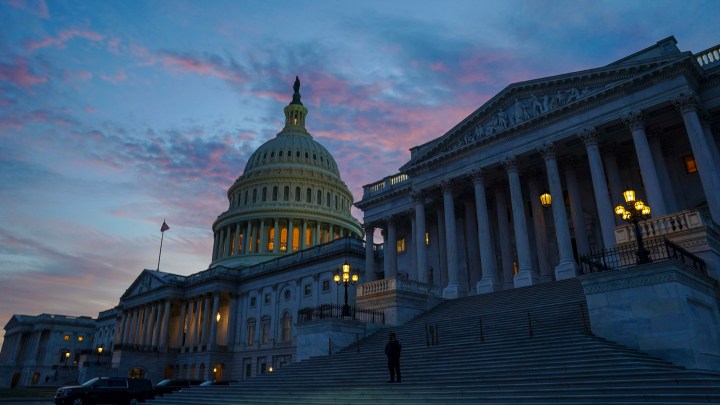 COPY
With Congress back in session, Democrats will want another try at passing at least portions of the Build Back Better agenda. Leigh Vogel/Getty Images for MoveOn

With Congress back in session, Democrats will want another try at passing at least portions of the Build Back Better agenda. Leigh Vogel/Getty Images for MoveOn
Listen Now

The House of Representatives and the Senate are back from recess this week. Of course, the looming Supreme Court nomination is getting most of the attention in the Senate.

But lawmakers have quite a bit on the economic agenda waiting for them as well.

The big item on Congress’ to-do list is to pass a funding bill. The short-term extension passed in December runs out Feb. 18.

It will likely be replaced by yet another continuing resolution, according to Laura Blessing at Georgetown’s Government Affairs Institute.

Additionally, Democrats want to make another attempt at passing at least portions of the Build Back Better agenda.

“But it’s not just that, there’s also a potentially bipartisan bill on China and trade that could include money for semiconductor chips and help with supply chain issues,” Blessing said.

The House and Senate have different versions of that bill, per Weifeng Zhong, a senior researcher at the Mercatus Center at George Mason University.

“And members of Congress have not come around to sort of reconcile the differences,” he said. “But it’s at least a proposal that’s on the table, and they can move forward relatively quickly.”

Of course, when it comes to Congress, “quickly” can have a pretty expansive definition.