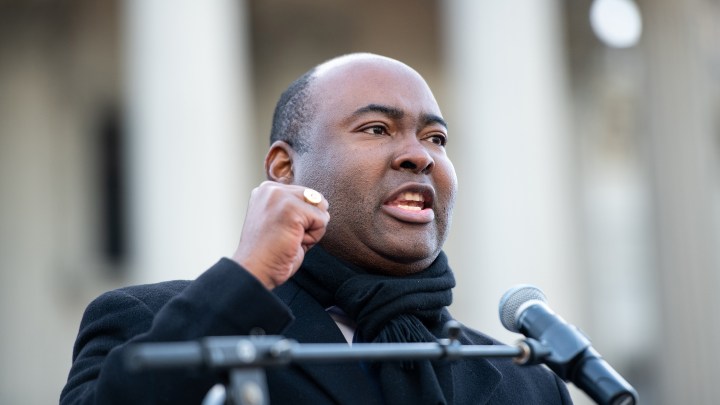 Marketplace’s Jasmine Garsd spoke with “Marketplace Morning Report” host Sabri Ben-Achour about that record-breaking sum. The following is an edited transcript of their conversation.

Sabri Ben-Achour: Jasmine, is this record-breaking amount of money a product of campaigns gradually getting more expensive? Or is it just that contentious?

Jasmine Garsd: Well, campaigns are getting more expensive. But also there are very hotly contested issues at play here — you’ll probably hear them at the Supreme Court confirmation hearings for Amy Coney Barrett that begin today, with Senator Graham overseeing.

Liberal voters are worried about the possibility of a more conservative Supreme Court, one which many fear could overturn Roe v. Wade and block policies they want for years to come. This has led to an explosion of Democratic donations.

Ben-Achour: But not all of those donations came from South Carolina.

Garsd: That’s right. A lot of that money is coming from out-of-state voters. So there are questions: Does this reflect the sentiments of South Carolina voters?

This is a state that voted for President Donald Trump in 2016 by more than 14 points. It has not elected any Democrat statewide since 2006.

Garsd: Jury’s still out on that one. Political strategists are increasingly taking on the view that focusing on swing voters is too much of a gamble.

Let’s not forget, the previous record was set in 2018, by Texas Democrat Beto O’Rourke. It was impressive then, and unsuccessful. The Harrison campaign, while record-breaking, does not necessarily translate into a victory.