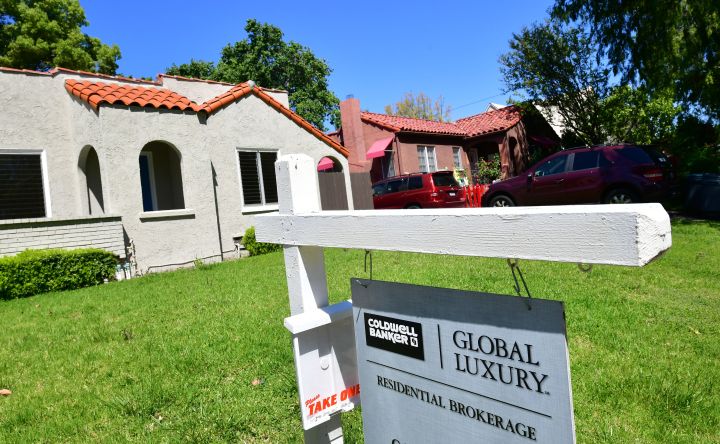 As unemployment skyrockets, so do mortgage loan delinquencies

COPY
More than 3.8 million mortgage holders, 7.3% of all home loans, have already entered into forbearance plans as of April 30. Frederic J. Brown/AFP via Getty Images
COVID-19

As unemployment skyrockets, so do mortgage loan delinquencies

More than 3.8 million mortgage holders, 7.3% of all home loans, have already entered into forbearance plans as of April 30. Frederic J. Brown/AFP via Getty Images
Listen Now

The COVID-19 pandemic has led to record unemployment, and Americans are struggling to pay their bills. Delinquencies on U.S. home loans surged by 1.6 million last month. That’s the biggest one-month jump in history, according to a report by Black Knight, a mortgage data provider.

Black Knight’s report says, in an optimistic scenario, the number of forbearances could peak at around 4.5 million in the coming months.

Congress’ CARES Act, passed in March, allows homeowners to suspend their mortgage payments for up to a year. But it doesn’t protect mortgages that aren’t backed by the government, and that’s about half of all home loans in the U.S.