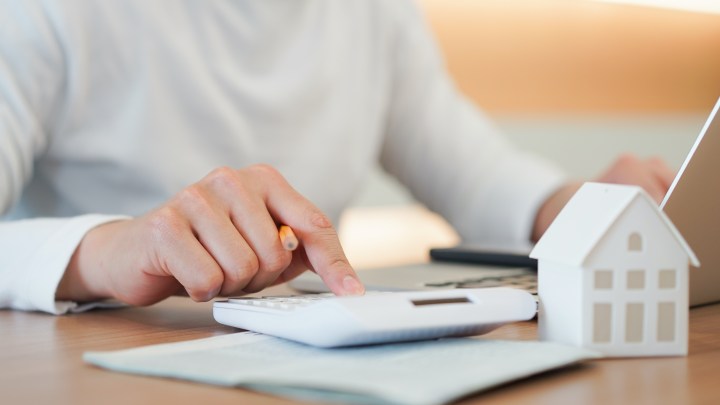 Back in November, Brooke Lorren and her husband paused their mortgage payments. She’s a homeschool teacher and cryptocurrency trader in Colorado Springs. He’d been out of work for several months and then found a low-paying job in human resources.

“We were making late payments, so rather than pay $50 a month late fees every month, he just did a forbearance for three months,” Lorren said.

Then, in March, just as their forbearance was about to expire, their pandemic relief check arrived and her husband found a higher paying job.

Lorren’s story is in some ways the story of the economy right now. Mortgage delinquencies are way down, according to data firm Black Knight. As of last week, more than 91% of homeowners had made their April payment, the largest share in any month during the pandemic so far. Andy Walden, vice president of market research at Black Knight, credits the combination of government stimulus, a stronger job market and a typical seasonal bump in people’s pocketbooks from tax refunds and bonuses.

Two-thirds of homeowners who were in forbearance plans at some point over the past 12 months have now left them, Walden said.

“Over 40% of those homeowners are re-performing, and another 15% of paid off their mortgage either through selling their home or through refinancing their mortgage,” he said.

That leaves more than 2 million mortgages still in forbearance, though, and the recovery has been uneven.

“African-American and lower-income borrowers are actually in forbearance at a slightly higher rate than are the white borrowers, and the improvements have not been as great,” said Larry Cordell, a senior vice-president at the Federal Reserve Bank of Philadelphia.

As of mid-April, about 11% of Black homeowners were in forbearance, the bank found, compared to just 4.5% of white homeowners.

Black homeowners are at a higher risk of foreclosure when forbearance protections expire, said Lee Anne Adams with NeighborWorks America, a nonprofit housing and community development group. Homeowners generally have more equity to fall back on this time, but Adams said disparities persist there, too.

“We know from the last crisis that Black homeowners were really disproportionately impacted, and then they recovered at a rate much lower than their peers,” she said. “A stimulus payment helps you now, and maybe for the next month or two, but this mortgage is going to go on for years.”