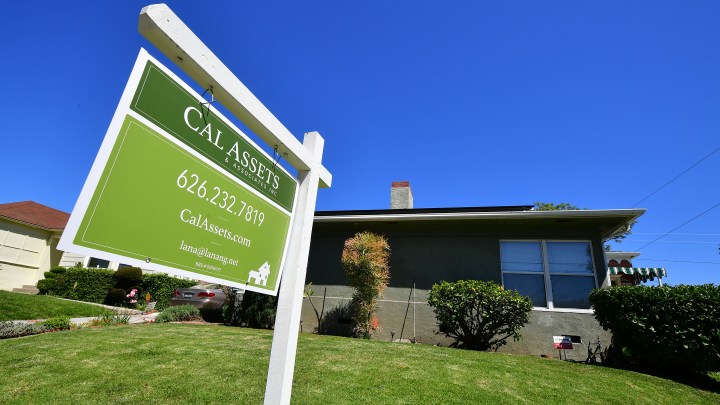 Four years ago, Gina DeSantis bought her first home, a cozy, century-old Colonial in Lakewood, Ohio, outside Cleveland. At the time, the mortgage was very affordable — just $900 a month.

The pandemic changed that. DeSantis runs a pottery studio, where she sells her work and offers classes. In mid-March, along with much of the country, she had to shut down.

“There was a month with absolutely no income,” she said. “Then there was about five figures worth of refunds I had to do.”

DeSantis, 40, called her bank and asked about mortgage relief.

“I was able to get that deferred originally for three months and then found out they actually extended it for six months, which has been amazing,” she said.

The technical term for amazing is forbearance. Congress has made it available to anyone with a federally-backed mortgage. Right now, according to data firm Black Knight, nearly four million mortgages — about 7% — are on hold, for up to a year. Borrowers don’t have to make up the missed payments until the end of the loan, which could be decades from now.

That makes homeownership “a piggy bank like none other at this moment in time,” said Susan Wachter, who teaches real estate finance at the Wharton School.

Forbearance is just one piece of the homeowner advantage. With house prices continuing to rise during the pandemic, homeowners have more equity to fall back on. Those with good credit may have the option to refinance at record-low interest rates, reducing their monthly payments. Also, as always, that interest is tax deductible.

“And by the way, there is another advantage to being a homeowner, and that is, you’ve got a home,” Wachter said. “You’ve got space, probably, to wait out the pandemic.”

Cynthia Gaines bought her house in Mountain City, Tennessee less than a year ago. She has chronic leukemia and had to stop working at the local power company. Because Gaines has a mortgage backed by the Federal Housing Administration, she qualified for forbearance.

Gaines is 65, and gets by on social security checks. If she’d been renting, she said, “I’d be homeless, or living with friends or family.”

Protecting homeowners has become a priority in light of the Great Recession, housing experts said, when home prices collapsed and 10 million people lost their homes.

“I think we learned from the foreclosure crisis that it just causes massive economic calamity to have so many people lose their homes,” said Jacob Rugh, an associate professor of sociology at Brigham Young University. “The real threat today is evictions, to those who are renting.”

That’s another calamity in the making, Rugh said. Before the CDC issued a national moratorium on evictions, through the end of the year, an estimated 30 to 40 million renters were at risk of being forced out of their homes, according to the Aspen Institute. When that moratorium lifts, all the back rent will still be due. There’s no 30-year deferment plan for renters.

“And of course, a higher share of Americans rent their homes now than a decade ago, especially, people of color,” Rugh said.

Even as homeownership has grown since the housing crash, only about half of Black and Latinx households own their homes, compared to three-quarters of white households. And ownership doesn’t pay off equally. In Black neighborhoods houses tend to appraise at lower values and appreciate more slowly, Rugh said, creating less equity.

The crisis could end up widening the wealth gap for people of color, said Michael Neal, a senior research associate at the Urban Institute.

“They were entering this recession already more vulnerable, because of those structural barriers,” he said. “Then the recession hits, and that could potentially just wipe them out.”