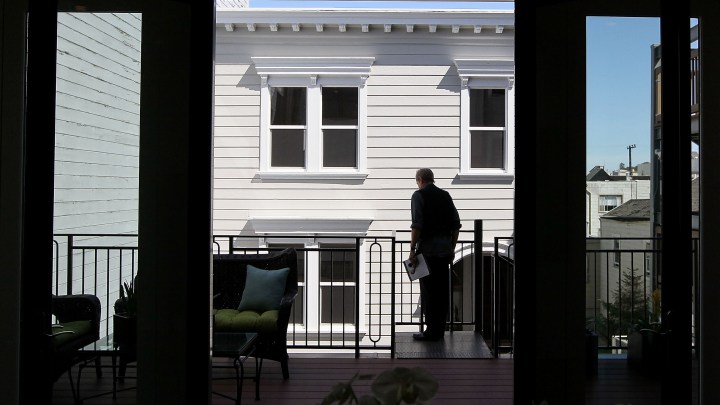 As a mortgage broker in Portland, Oregon, Steph Noble usually gets calls from people trying to get a new loan or refinance an existing one. These days, she’s hearing from a lot of former clients looking for help figuring out how to delay their mortgage payments due to a job loss or reduced income.

“It’s two things: People who need immediate help, and then people who want to plan,” she said. “They have enough to carry them through a period of time, but they’re just not sure how long this can go on for them.”

What kind of help those borrowers can get depends on what kind of loan they have. Under the recently passed Coronavirus Aid, Relief, and Economic Security Act, homeowners with federally backed mortgages, such as those guaranteed by Fannie Mae and Freddie Mac, the Federal Housing Administration or Department of Veterans Affairs, can pause or reduce their payments for up to a year. But Noble said some servicers are requiring a balloon payment at the end of that period.

How many borrowers will need help isn’t clear. Researchers at Black Knight Inc. looked at the correlation between unemployment and missed payments during the Great Recession. If unemployment hits 10%, director of market research Andy Walden said, “we could be looking at roughly 2 million homeowners becoming past due on their mortgage in coming weeks.” At 30% unemployment, that projection rises to 10 million borrowers.

The good news, he said, is that homeowners have record levels of equity in their homes. The financial system is also in much better shape than before the last recession.

“Fortunately, the banking system did a really good job post-crisis to raise their capital levels,” said Mark Zandi, chief economist at Moody’s Analytics. “That’s the cash cushion they have to absorb losses that they’ll suffer on delinquencies and defaults.”

But Guy Cecala, publisher of Inside Mortgage Finance, said nonbanks, like Quicken and Loan Depot, now have a much bigger share of the mortgage market, accounting for more than half of originations and about a third of mortgage servicing. Mortgage servicers collect payments from borrowers and pass the money on to investors in mortgage-backed securities.

“The nonbanks, needless to say, don’t have the same financial wherewithal that a bank does,” Cecala said. “So they’re certainly more challenged if they have to advance payments to investors on mortgage securities, particularly if it goes more than a month or two, which seems very likely at this point.”

The Consumer Financial Protection Bureau has a guide to mortgage relief options here.