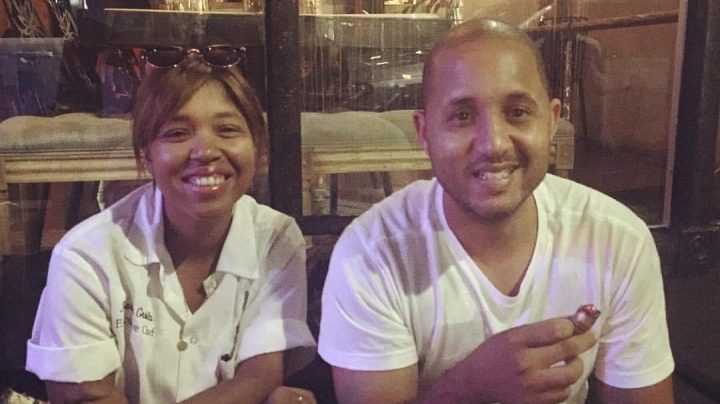 Last week, the governor of Puerto Rico relaxed some COVID-19 restrictions by allowing restaurants, theaters, gyms and other businesses to increase capacity. However, a 10 p.m. to 5 a.m. curfew remains in effect.

For people trying to run businesses on the island, COVID-19 restrictions are just one of the many obstacles they’re dealing with.

María Mercedes Grubb, the executive chef of a restaurant in San Juan called Gallo Negro, spoke with “Marketplace” host Kai Ryssdal about the challenges facing Puerto Rico’s restaurateurs. The following is an edited transcript of their conversation.

Kai Ryssdal: Just so people have some context here, what was it like running a restaurant in Puerto Rico before the pandemic?

María Mercedes Grubb: Well, I mean, there’s before [Hurricane] Maria and after Hurricane Maria. Unfortunately, the power grid in Puerto Rico hasn’t been the best. So that forced many restaurants and many people in the metropolitan area to have to shut down sometimes during weekends. [We have] water outages. We’re dealing with tourists, trying to convince them to come back to the island, a very, very shaky political situation going on, and it just felt like every day was 2020 since 2017 really.

Ryssdal: I’m sure that’s gonna resonate with people because 2020 has been something. But so you’re living that reality, and then actual 2020 hits and this pandemic. And then what happens?

Grubb: Well, actually, before the pandemic, in January, we started having a lot of earthquakes, which also forced the power grid out, and a lot of people to not be able to open. And this is January 2020. Then comes March. Puerto Rico immediately went into a lockdown, mainly because, you know, we’re an island, and we didn’t really get the best support in the hurricane, so at least the government was smart enough to do a curfew. But unfortunately, if you’re a business owner, that means months and months without being able to open to the public or generate any money.

Ryssdal: Well, so tell me about that. Here you are trying to run a business, you’ve got people working for you, but nobody can come to the restaurant. I imagine you’ve had to lay people off and fundamentally close the restaurant, right?

Grubb: Well, right before this happened, the numbers weren’t really adding up. We kept trying to get back up from [Hurricane] Maria, but like I said, every weekend, something different would kind of like hit you back down. And eventually, my brother Johnny, who was the owner of the restaurant, he sold the key.

Ryssdal: “He sold the key.” What does that mean?

Grubb: That means that we sold the space [and] everything inside the restaurant. So we got lucky, in a way, that we skipped the COVID. However, the plans to get up immediately, anything that you can think of getting back up is canceled, because there’s nothing to get up to. So immediately after this happened, I have a foundation with a bunch of friends in the industry, and we just immediately took the task of feeding people in the industry. And then to make money, a little bit of freelancing here and there, trying to do pop-ups. It’s just a game of reinventing yourself and trying to find a way because people still want to eat. You’ve seen, everybody’s making banana bread at home. So everybody’s trying to still stay relevant somehow.

Ryssdal: I wonder if you’re exhausted. You must be deeply, deeply tired.

Grubb: You know, even before 2020, it just felt like it’s been a game of you work twice as much to make half as much, and it has continued to be that way in the restaurant industry, unfortunately. And yeah, that’s exhausting.