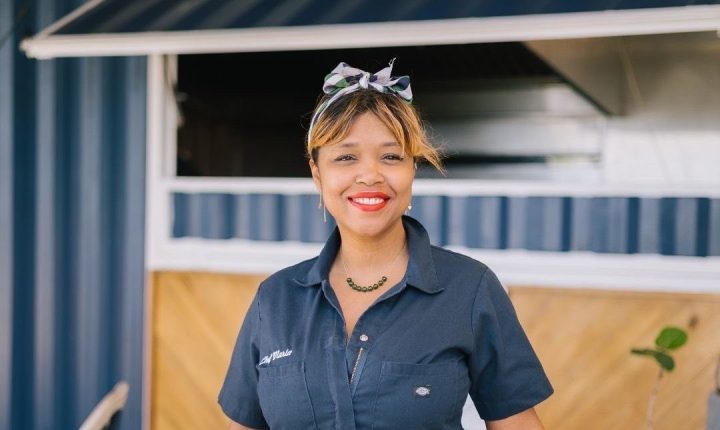 COPY
"You don’t get a lot of sleep, first of all. Second of all, you cut back hours," says María Mercedes Grubb of the labor shortage's affect on her restaurants. Courtesy Grubb/Ash Calo

"You don’t get a lot of sleep, first of all. Second of all, you cut back hours," says María Mercedes Grubb of the labor shortage's affect on her restaurants. Courtesy Grubb/Ash Calo
Listen Now

Now that a federal judge has signed off on the largest municipal debt restructuring deal in U.S. history, Puerto Rico’s government has a path to emerge from bankruptcy.

In the five years since the U.S. territory declared bankruptcy, its economy has been battered by hurricanes, earthquakes and the pandemic.

Chef María Mercedes Grubb has been living and working on the island through all of these crises. The family-owned restaurant she ran never fully recovered from Hurricane Maria and closed permanently just before the pandemic hit.

The following is an edited transcript of Grubb’s conversation with “Marketplace” host Kai Ryssdal about ongoing challenges for the island’s restaurants.

Kai Ryssdal: You are busy now opening two restaurants. Do I have that right?

Ryssdal: How did that come to pass? Because last time we talked to you, it was much different.

Grubb: It was very different. It was very bleak, like the rest of the world. It’s just that, you know, for us, it’s been bleak for a while now. So what happened was, I guess there’s been a surplus of money, [with] all the incentives that have been happening. Also, people that were trying to open things all the way back from the hurricane, they’re finally getting it together, and I guess they had the extra time to make it happen while things were in a bit of a lockdown — and here I am.

Ryssdal: Are you having the same labor problems that are happening on the mainland? I mean, is it challenging to find people that work there?

Grubb: Oh, 100%. It’s super challenging. Like right now, you schedule, let’s say, 10 people for interviews, maybe one shows up. And if they do show up, maybe they’ll take the job, but then the second day won’t even show up.

Ryssdal: How do you run a business like that?

Grubb: Well, you don’t get a lot of sleep, first of all. Second of all, you cut back hours. That’s what’s been happening. Both of my places, I haven’t been able to open five days a week. They’re [open] four days [or] three days because that’s all the staff that we have.

Ryssdal: And I imagine if you can’t open full time, it’s tricky to raise wages?

Grubb: One hundred percent. I mean, we have to raise them anyway. I’m a chef, but I was a cook before, so my heart has always been in this mission of, like, paying more fairly. And luckily, owners are understanding that either you pay up or you’re not gonna run a business. That’s it. The sad part about [that] is that sometimes you’re paying somebody that can barely hold a knife the salary of somebody that has years of experience. Because, you know, people are aware that there’s a shortage of staff, so people are walking in with no experience demanding not entry-level pay.

Ryssdal: Who are your customers?

Grubb: Well, I have a mix. I had a restaurant for, you know, eight years, so I have a lot of my customers that have been patiently waiting while I wasn’t really serving the public. They’ve been strolling in slowly but surely — locals. But also I have a lot of tourists. Both the restaurants are in very heavily tourist locations and, you know, we have a new crop of people coming from the States that are buying property in Puerto Rico. Sometimes they’ll venture out, but if not, they call me and I cook for them privately at their houses.

Ryssdal: And how often do you do that the private chef thing?

Grubb: I had to cut back because I’m opening restaurants, but during the pandemic that was literally what helped me through. They tend to be very high-end dinners and people that just want to entertain in their big homes. I’ve been getting a lot of those.

Grubb: That is the problem. And that’s also one of the reasons why I’ve been taking them less. I want to focus on the restaurant and building staff and hopefully building careers. You know, the few that I have are very excited and willing to learn and just looking forward to the future. I’m looking forward to hopefully molding new cooks on the island as much as I can.