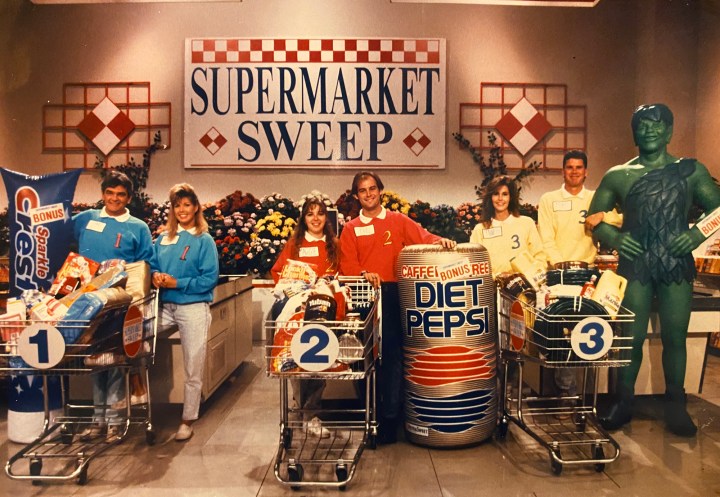 “Supermarket Sweep,” the reality game show where contestants raced frantically around a grocery store trying to buy as many products as they could, is getting a reboot.

The series — hosted by former “SNL” star and comedian Leslie Jones — airs this Sunday on ABC, making it the fourth iteration of the popular game show. While the show originally debuted in 1965, the 1990s version has become the version most vividly imprinted in audience’s minds (thanks in part to host David Ruprecht’s sweater collection, which has developed its own fandom.)  Back in July, 15 episodes of the ‘90s series hit Netflix.

Behind the veneer of your typical reality show, “Supermarket Sweep” is, essentially, product placement on steroids. The entire premise revolves around a grocery store, where contestants are surrounded by the items that million-dollar companies are itching for you, the consumer, to buy.

“In a way, I think that the products were the stars of the show,” said Jerrilyn Farmer, the head writer of the ‘90s show.

How products were chosen

Jim Rossi, a producer on the ‘90s and ‘00s versions of “Supermarket Sweep,” said the show worked with a company that helped them plan out the layout of the store like a real market. They then purchased many of the products themselves through a now-defunct grocery cooperative called Western Grocers, which supplied independent supermarkets.

During the first season, Rossi and others working behind-the-scenes say that the show used real meat and cheese. That, predictably, didn’t go very well, and from then on, they used props for perishable items, like the store’s turkeys and giant wedges of cheese.

Some companies, like Jelly Belly and Colgate-Palmolive, either paid the show to be featured in episodes, or supplied them with free products.

Products might have been incorporated in show’s trivia questions, or featured prominently on end displays near the contestants. Rossi noted though that they had to be very careful with paid placements because they didn’t want a whole show to revolve around one specific item.

“It was a fair moneymaker. But it was really money that went primarily back into the store to buy new products and to keep replenishing what was being broken constantly,” Rossi said.

Jim Donnelly — who worked as a writer on the show, among other roles — would also reach out to the PR department of every brand he could think of to obtain free products. He ended up procuring jumbo props of the Jolly Green Giant, the Pillsbury Doughboy and Pepsi cans. (During the shopping component at the end of the show, contestants had the option of picking up one of these items for bonus cash.)

“Basically, it was anyone that would give us anything,” he said, laughing.

As the show got more popular, Donnelly said that it became a bit easier to obtain products. In exchange, these companies ended up getting free publicity, which Farmer thinks may have been even more valuable than a paid advertising placement.

“If you had a giant Hershey’s syrup container, people would be running with that thing all the way up the aisle,”  Farmer said. “That might take a few seconds of airtime, and that would be an opportunity to get your name out there.”

When Farmer was figuring out which products to write questions about, she wanted to incorporate products that the audience and contestants would recognize. So she ended up scouring newspaper ads to figure out which companies were heavily promoting their products, which meant it’d be more likely that consumers had some familiarity with them.

How partnerships with brands currently work

Stacy Jones, CEO of the marketing agency Hollywood Branded, said brands typically don’t pay for items to be in a TV show — those products are either usually loaned or gifted to the set.

It’s a mutual relationship where the company gets their product featured, while the product itself complements the show’s environment.

“A production has to build that real-life setting into their set design,” Jones said. “It doesn’t need to be in your face. It needs to be where the brand actually is helping tell the story of the production and helping bring to life the characters on screen.”

In “Supermarket Sweep’s” case, for example, she pointed out it’d ruin the magic of the show if contestants ran around carrying a box of cereal with, well, the word “Cereal” on it.

Jones said in cases where companies pay for a placement, that’s when the brand has such a pivotal role that the production has to spend time thinking about the angles they’re shooting and making sure they’re getting the messaging across.

She pointed out that more brands today are realizing the importance of having their company featured in shows because of the rise of streaming.

“There are so many content platforms now out there, and brands can’t get inside that content unless they do product placement,” she said.

Farmer said that Al Howard, the creator of the first three versions of the show, was an ad man who worked on Madison Avenue and loved brands.

“He wasn’t ironic or jaded,” Farmer said. “And I think he understood the psychological connection that the public had with brands that they relied on, trusted and — in his mind — loved.”

She thinks that connection became the “secret superpower” of the show.

Jay Newell, a professor of advertising at Iowa State University, said he thinks the reason “Supermarket Sweep” worked so well is that the producers invented a format that celebrated everyday brands in a world of game shows where the prizes were aspirational items, like cars and trips.

And it’s a format that replicates an everyday experience: shopping at the grocery store. Maybe even more so now, during a worldwide pandemic, as people have frantically attempted to stockpile as many items in their carts as possible.

But even though the products were commonplace, Farmer didn’t treat them that way. She had also worked as a writer on “Jeopardy!” and said she approached her research process on both shows with the same amount of gravitas.

“The most fun part for me was being an adult and being paid to write questions about chocolate bars and toilet paper and air freshener and toothpaste,” Farmer said. “These products, which are like the lowest common denominator of a society, were elevated.” 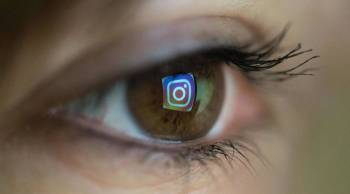