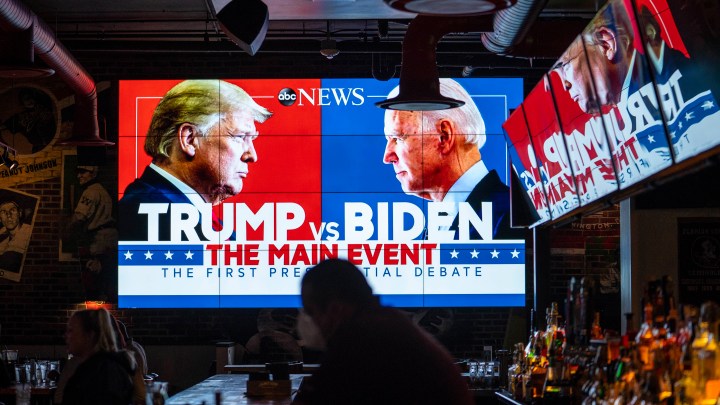 We don’t know yet how this one’s going to shape up, but we do have a good idea of how the different outcomes — a gridlocked mixed government, or a clean sweep — could shape the economy in the next few years. Economists and investors have been modeling the outcomes.

A Democratic sweep of the House, the Senate and the White House would likely mean more and larger coronavirus relief packages. That would drive economic growth, even factoring in proposed higher taxes on corporations and high-income earners.

“The Democratic sweep scenario in our modeling of it would result in about three and a quarter percentage points GDP growth in 2021 than either of the split government scenarios,” said Seth Carpenter, chief U.S. economist at UBS.

“Whoever wins the presidency is going to be facing a split Congress, which will limit their room for maneuver,” said Keith Wade, chief economist at Schroders, an international asset manager.

Wade said a split Congress under Democratic nominee Joe Biden would probably pass more stimulus than one under Republican incumbent Donald Trump, adding two- to three-tenths of a percentage point more in terms of GDP growth.

“If it’s a Biden presidency with a split Congress, I would expect the economy to get back to full employment about three years from now,” said Mark Zandi, chief economist at Moody’s Analytics.

A second-term Trump presidency with a split Congress, Zandi said, would take several months longer to get the economy back to full employment.

“Only because he’s going to continue to pursue his trade war and restrictive immigration policies, which are very negative for the economy,” he said.

Whichever version of split government we might get, and whichever one would perform better, both scenarios involve more partisan bickering and economic muddling along.