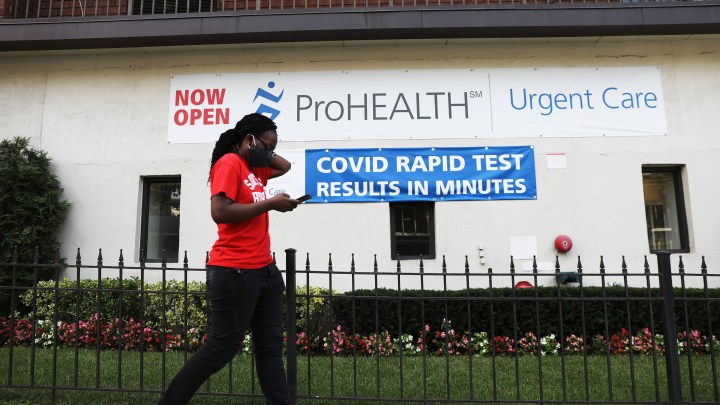 COPY
Rapid testing can help workplaces open back up, but only to an extent. Spencer Platt/Getty Images
COVID-19

Rapid testing can help workplaces open back up, but only to an extent. Spencer Platt/Getty Images
Listen Now

Despite the failures of the White House, which famously relied on repeated rapid tests to detect COVID-19 infection among employees, mass testing for the virus in workplaces is still seen as an important tool in ramping up our economy. But employer-sponsored surveillance testing is costly and complicated, and so have yet to become widespread, leaving many workers vulnerable to a workplace outbreak.

Among the limited industries to have adopted a testing strategy is entertainment. Film production has restarted across Hollywood under strict new regulations: onsite epidemiologists, masks, disinfectant fogging and a lot of tests.

Heather MacLean is a location scout and manager in the San Francisco Bay Area who has worked on projects from the Woody Allen feature “Blue Jasmine,” to the Dwayne “The Rock” Johnson disaster movie “San Andreas.”

Now, in the midst of a real-life natural disaster that shut down the entertainment industry for months, she’s finally back on set on an undisclosed indie feature shooting in rural California, and she’s still feeling a little shaken.

“A lot of us are desperate to be back at work,” she said. “But then you bring in all these major, major health concerns.”

MacLean was tested several times before even arriving on location. Now in production, she’s tested twice a week at a pop-up lab on set, while others closer to the actors are tested daily.

“So they swab your nose. And then you don’t really hear anything, unless you’re positive,” she said.

This kind of widespread, repeated testing can be very effective, said Dr. Rajaie Batniji, the co-founder of the medical startup Collective Health. He stressed the aim is not to prevent any one individual — say the boss of the White House — from becoming infected, “but what they can do is break that chain of transmission so they don’t have a workplace epidemic.”

His company helps employers figure out who needs to be tested and how often. Clients include drug companies, universities and tech firms, but he said employer testing hasn’t caught on as widely as he’d hoped.

“It’s uncomfortable, it’s new, the logistics can be complex,” he said.

And the average cost for the gold standard test is $100 each. Multiply that by several times a month or week, for hundreds or thousands of employees, and it gets expensive fast.

“At that point, particularly for a private employer where the shutdown probability is low, they’re not really going to make those investments,” said Jonathan Kolstad, an expert on health care economics at the University of California, Berkeley.

He said most companies have done a simple cost-benefit analysis: If individual workers bring in a lot of revenue and are tough to replace, like say LeBron James, they’ll get plenty of tests.

But if an outbreak won’t necessarily shut down business at a warehouse or factory, where workers are easier to replace than NBA stars, “that absolutely changes the calculus,” according to Kolstad.

Which may be why we haven’t seen much widespread surveillance testing for some of our most vulnerable workers. This, said Kolstad, is the inherent problem with relying on the private sector to take care of the public good.

“You know we can’t expect the C-suite to be epidemiologists,” said Kolstad. And yet we all lose out the more the virus spreads.

Less than a week into filming, location manager Heather MacLean said she’s already been notified about a positive test among the crew. That sets off a chain of contact tracing and quarantine that can cause major delays, so everyone on set has to be extra careful.

“We’re all just so worried — like if one person screws this up the whole job goes down,” she said.

That hasn’t happened yet. But she knows too well how fast things can turn to disaster — usually toward the end of the first act. 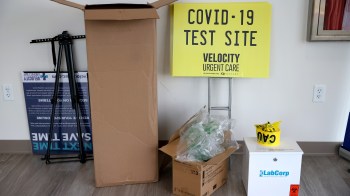 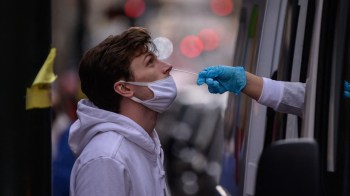