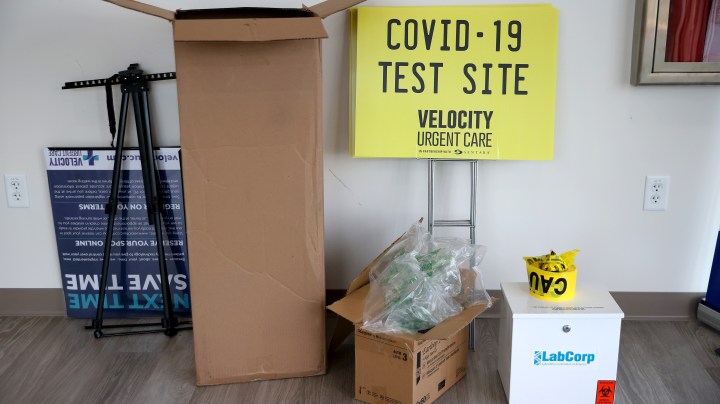 COPY
Will testing at work be feasible, given concerns about privacy and availability? Chip Somodevilla/Getty Images
COVID-19

Will testing at work be feasible, given concerns about privacy and availability? Chip Somodevilla/Getty Images
Listen Now

President Donald Trump has now outlined new federal guidelines for easing the economy back up, deferred to states to set their own timelines once they meet certain criteria. More widespread testing for COVID-19 — whether you have it, whether you have had it — is one key to this. Retail giant Amazon is looking at testing all of its employees.

Not everyone who can transmit COVID-19 shows symptoms. But to reopen workplaces employers are going to want to make sure job sites are safe, says Rajaie Batniji, a doctor and cofounder of the employer health program Collective Health.

“I think it’s inevitable that employers are going to have to take the lead on getting broad testing for COVID done,” Batniji said.

He says many workers are used to getting seasonal flu vaccines at work and medical professionals have to prove they’re cleared for diseases like tuberculosis.

“There’s so many things that would have to be worked out before allowing the employer this type of access to their medical information,” Ndjatou said.

That includes job protections for workers who are found to be ill. Also, employers might have to test workers again and again, which would require a massive ramp up of testing capacity. 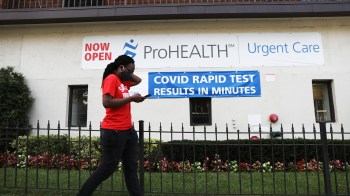