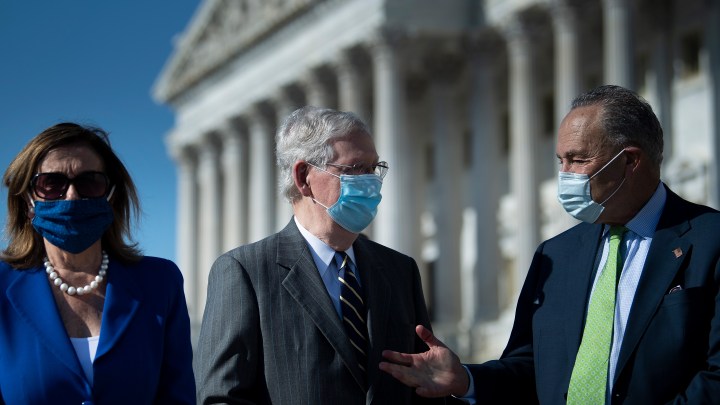 Federal Reserve Chair Jerome Powell issued a dire warning Tuesday. He said too little coronavirus relief from the federal government could usher in a recessionary slowdown that he said would be “tragic.”

That’s a strong word from the head of an institution that watches its words like no other.

Hours later, President Trump tweeted that he was calling off stimulus talks with Congress until after the election.

It’s been months since any relief bills were passed, and state and local governments need help paying for things like unemployment benefits, education and public health.

“These are incredibly important services that are being provided to people and that are helping people through this really difficult time,” said Julia Wolfe, state economic analyst at the Economic Policy Institute.

The main sticking point during negotiations was over how much money to give. Republicans were inclined to offer $200 to $400 billion, while Democrats were asking for $900 billion.

“It is one of the more obvious examples of an attempt to inflate state budgets beyond any reasonable measure of actual need,” said Adam Michel, senior policy analyst at the Heritage Foundation.

Irma Esparza Diggs, director of federal advocacy for the National League of Cities, said many hard-hit cities are already laying off employees and cutting services.

“Some are seeing as high as up to a 50% decline in sources of revenues,” she said.

She estimates cities alone will need $360 billion over the next three years.

Timing is another issue, said Stan Veuger, a resident scholar in economic policy studies at the American Enterprise Institute.

According to Veuger, the question remains: “Should we provide funding to state and local governments for the coming fiscal year, or should we give them money for the year after that as well?”