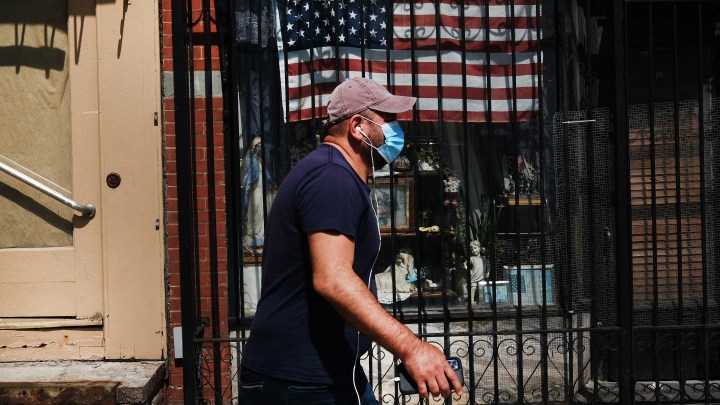 COPY
The poverty threshold, just over $26,000 a year for a family of four, is used to allocate more than a trillion dollars in government payments. Spencer Platt/Getty Images
COVID & Unemployment

The poverty threshold, just over $26,000 a year for a family of four, is used to allocate more than a trillion dollars in government payments. Spencer Platt/Getty Images
Listen Now

The latest report from the Census Bureau on income, poverty and health insurance coverage is out. The figures are for 2019, however, and, unfortunately, in this year of pandemic recession and tens of millions of people losing their jobs and income, last year’s numbers are already out-of-date.

It’s likely more people have fallen below the poverty line. And that matters, because the poverty line determines who’s eligible for a whole lot of federal assistance programs.

The poverty rate measures the percentage of people who don’t earn enough to get by in this economy. The income cutoff — called the poverty threshold — is just over $26,000 a year for a family of four.

Economist Bruce Meyer at the University of Chicago said that, in turn, is used “to allocate literally more than a trillion dollars in government payments.”

Valerie Wilson at the Economic Policy Institute said that with pandemic job losses, “the reduced income for a larger number of people will mean that more people are eligible for various programs.”

Wilson says job and income losses have been greatest among low-income workers of color, especially women.