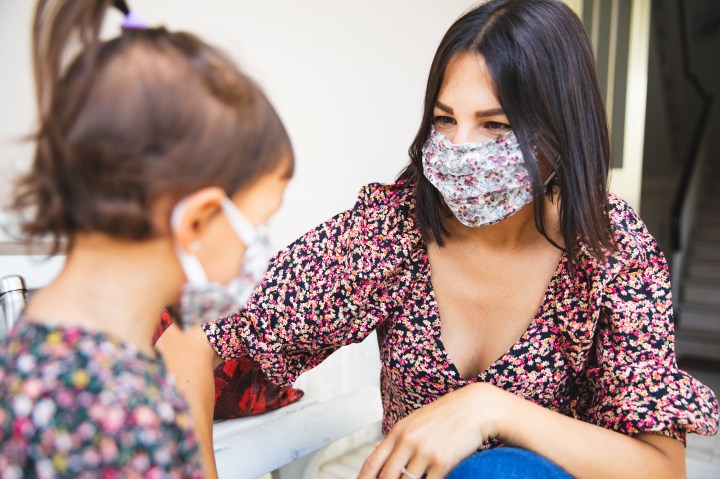 Money: a conversation topic that is both is infamously challenging and often intentionally avoided. But talking about money, especially with kids, is important as they learn about how the world works. And now, in the midst of a pandemic-induced recession and a nationwide discussion about the racial wealth gap, for many families, these conversations have become even more pressing.

“Marketplace’s” Amy Scott spoke with Shipra Parikh, a clinical social worker and an associate instructional professor at the University of Chicago’s School of Social Service Administration, about how to approach conversations that involve money and finances with kids and why a family’s own financial situation has such a large impact on the shape these conversations take.

Amy Scott: So it obviously is going to depend a lot on the particular kid. But is there an age when it’s appropriate to start having more serious conversations with kids about money and the role it plays in our lives?

Shipra Parikh: I think that it’s less of a question of when and more of a question of how because kids at any age start to develop an understanding of how the world works. And money is a big part of that. I also think that money is very bound up with emotions, and with other things that, you know, kind of families need to talk about with kids, like justice issues, identity, history and politics. And so it can be woven into lots and lots of conversations from a young age, and you can kind of think about really how to tailor it at different ages rather than when is the right time to start. Certainly when kids start asking questions about money, that’s one good time to think about how to give them really intentional responses.

Scott: Well, and kids pick up on a lot, too, right? So even if we’re not talking about it, they may be picking up signals from us about our own worries about money.

Parikh: Absolutely. They’re going to learn from what they see the adults in their life doing just as much as they will from kind of what is also said. So I think a reminder for families is to definitely try to make explicit what feels, you know, in some ways, what you’ve always done or what was taught to you and try to think about replicating things that really worked in your family, also feeling the freedom to kind of create your own family culture, and feel free to change some of the things about how money was handled or how it was taught. And think about creating a different culture with your kids.

Scott: I wonder if you can use a sort of a concrete example. You know, let’s say I take my kid to the store, and they want to get something that we really can’t afford. What’s the best way to sort of talk about that without, you know, worrying a child about your financial situation?

Parikh: Well, sometimes we can’t avoid worry. We have so many families in this country living underneath the poverty line. But I do think a little bit of worry and a little bit of stress is OK for kids. They actually really should have their parents teach them that it’s not about avoiding stress, but it’s about learning how to manage it. Kids eat up honesty. I mean, they they know when they’re getting it. They know when they’re not. So I think that’s a great opportunity for a kid to connect with their parent is when they know they’re being told the truth about something even if it’s hard.

Scott: A lot of families are having some really difficult conversations about money right now. With job losses, lost income, uncertainty, you know, some families having to move because they can’t pay their mortgage or their rent. Do you have any advice for dealing with those conversations in a way that’s honest, but also, you know, provides the security that kids really need when they’re young?

Parikh: Yeah, that’s such an important conversation that’s happening in so many homes right now. And I think, first of all, developmentally, kids from a very young age need to be able to feel that there’s something to look forward to. For families who financially are struggling, you know, maybe you don’t know where you’re going to live, but you know that your family is going to be together. So trying to focus on the things that kids can have some control over, even if it’s short term, and then thinking about feeling loved — you know, those things don’t change with money.

Scott: Yeah. Another conversation that has been going on, you know, on the show and in society is about the racial wealth gap. And I’m curious, you know, if you have thoughts about how to talk to young people about that, and how that conversation might look different, you know, for families of different races.

Parikh: Well, I think money was and is a tool of an oppressive system. And so when we think about, you know, how bound up it is with our history and justice, race, class, all of these kind of dimensions of how we live, you know, what happens? We have this kind of generationally, and over time, this systematic pattern of people who are denied generational wealth acquisition. And I think, to your point, each of these conversations is going to be different, and the lens that it’s going to take for a family who’s lower income, those kids probably have had a lot of implicit teaching about what that looks like already. It’s been embodied in their family. And that kid is going to be need to be taught in a very different way than a kid who hasn’t had to think about that kind of responsibility. If you have a family where your kids don’t have to worry about food on the table, and they can have an allowance, I think there’s a responsibility those families have to really help their kids see themselves as part of a larger system, and for that conversation not to be values driven, like, you know, if you work hard, you won’t be poor. Those kinds of singular-causal explanations are really very racist in nature. So we have to really understand what justice looks like. We have to work towards justice in whatever sphere of influence we have.