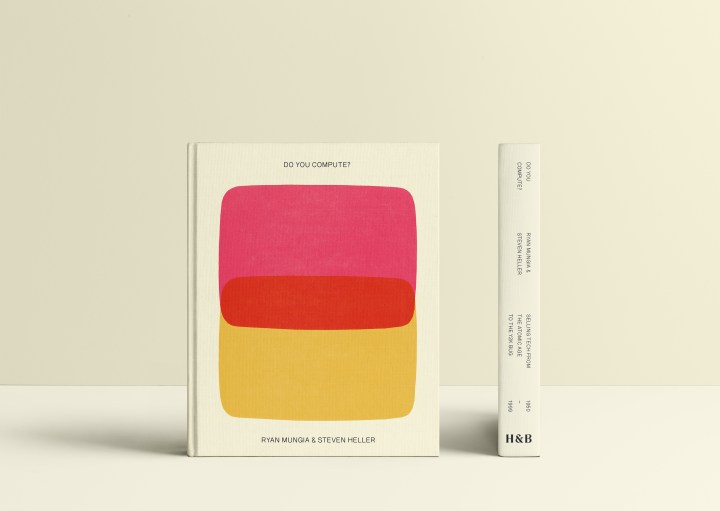 When Apple releases the iPhone 12 in 2020, it won’t have to do much explaining about how it works, or what an iPhone or smartphone is, or how it could be useful in daily life. That wasn’t always the case. In “Do You Compute? Selling Tech from the Atomic Age to the Y2K Bug,” Ryan Mungia and Steven Heller comb through decades of advertisements for computers and other technology, asking: How does one sell the future?

“I think it was a big challenge for ad agencies, the people who were making the ads, to present the material in an interesting way,” Mungia said. “I mean, the concept of selling the future or, at the time, what was a very abstract concept to many people, was a challenge.”

Early advertisements, like the above IBM ad from 1934 for an accounting machine, relied on a lot of sales copy to explain the product.

“These really early computer ads were almost exclusively marketed towards large corporations [and] business people,” Mungia said. “The only place you could really find them was in Fortune magazine, which was a trade magazine for business people.”

By the mid-90s, IBM was a computing powerhouse and public perception around computers had changed. “In contrast to the earlier ad, this ad doesn’t explain the technology in lots of sales copy,” Mungia said. “It’s very visual, it’s very simple. It’s more about branding at this point.”