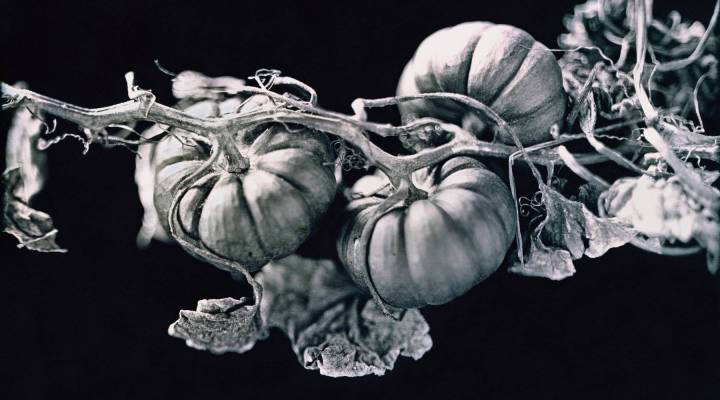 Jerry Spagnoli is an American daguerreotypist whose work has been included in collections at the Museum of Modern Art, the Whitney Museum of American Art, and the Art Institute of Chicago, among others. He is the photographer for “Heirloom Harvest: Modern Daguerreotypes of Historic Garden Treasures.”

The image is formed on a sheet of polished silver. You’ll notice immediately that it has a highly reflective surface. If it’s held at a particular angle, it’ll just look like a mirror, with a vague image on it. But if you hold it correctly, and light it correctly, it has a very beautiful and rich photograph on it.

A daguerreotype of Olympic Asian pears.

Basically you had to look at the old manuals and maybe if you could, find some old equipment and then duplicate it. I learned how to do some simple wood working, some simple welding. And actually, in some ways, it’s very simple, the chemistry is very simple. But there’s a lot of finesse points. Small things make big differences.

You don’t do pictures of what you’re about to eat with a daguerreotype. It’s not a casual process.