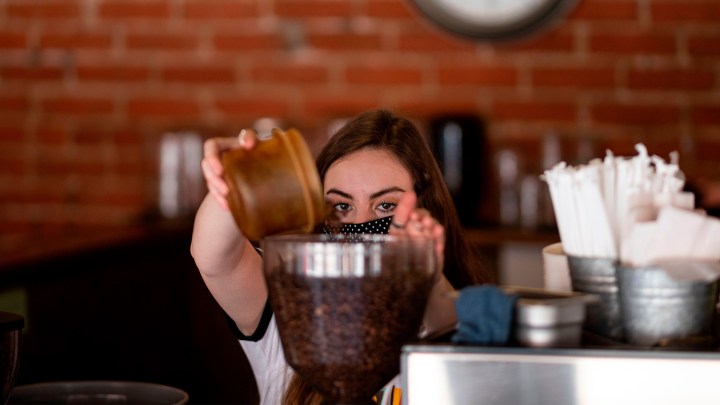 During the month of August, employers added more than a million jobs back to the economy — 1.37 million, to be precise.

There were big gains in employment sectors that have been hit hard by the pandemic — professional and business services, retail, leisure and hospitality.

Three million people who were on temporary layoff came back to work, and that helped bring the unemployment rate from the double digits down to 8.4%.

Now, some caveats: About 238,000 of those “new” jobs represent temporary census workers who’ll be out of work again soon. The total also includes a lot of part-time jobs. And job growth is slowing from nearly 5 million a month back in June.

So what does all that tell us about the economy?

This economy has been through a lot since mid-March. About 15% of all the jobs in America evaporated in just a few weeks.

We’ve been clawing back jobs ever since.

“It was good; it wasn’t great,” said Brad McMillan, chief investment officer at Commonwealth Financial Network. “It says we’re continuing to make progress, but we also have a long way to go.”

Gaining 1.4 million jobs would be blockbuster in normal times. But economist Beth Akers at the Manhattan Institute said now, that number “may be giving the misimpression that we’re doing pretty well digging out of this hole. But the reality is that we’re only about halfway out.”

A little over 10 million of the 22 million jobs we’ve lost have come back, and job gains are slowing. Akers said this is really a tale of two recoveries.

Jobs in bars and restaurants, for instance, are still down 25% from before the pandemic, which leaves a lot of workers out of the recovery so far.

Workers like Cody Sorensen. He’s 33 and worked as a server at an upscale Italian restaurant in West Hollywood, California, until mid-March.

Sorensen’s on indefinite layoff. He’s still getting health benefits and a $400-a-week unemployment check. When that runs out?

Where he hopes there’ll be less competition for any new jobs that come up.