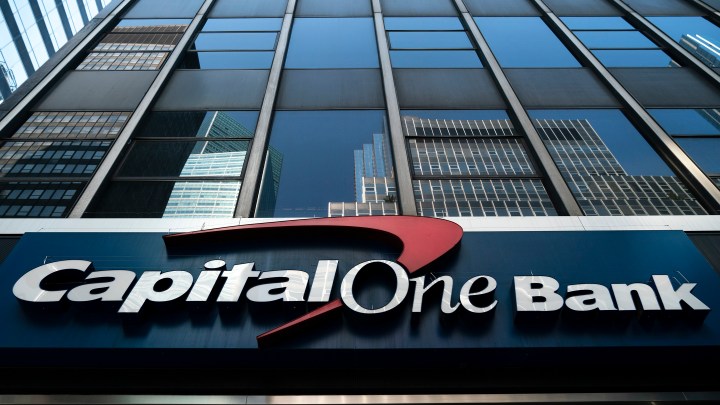 COPY
With the lapsing of federal pandemic relief, some in the credit card industry are concerned people could start tapping credit to make ends meet and then not be able to pay the debt back. Drew Angerer/Getty Images

With the lapsing of federal pandemic relief, some in the credit card industry are concerned people could start tapping credit to make ends meet and then not be able to pay the debt back. Drew Angerer/Getty Images
Listen Now

Some Capital One credit card holders are waking up to find their borrowing limits have been cut. The move could be the beginning of a wave of tightening in the consumer credit industry, connected to the fall in government aid for unemployed Americans.

Marketplace’s Nova Safo has been following this story. The following is an edited transcript of his conversation with “Marketplace Morning Report” host Sabri Ben-Achour.

Sabri Ben-Achour: Nova, I understand some Capital One customers are complaining on social media. What are they saying?

Nova Safo: I’ve been tracking some of these posts. One customer on Twitter said their credit line was cut for the first time in 30 years. Another claimed they had an exceptional credit score, but Capital One cut their limit anyway. It’s not clear how many customers are affected, because I have a Capital One card, Sabri, and my limit hasn’t changed — at least not yet.

A Capital One spokesperson confirmed that some customers did in fact have their limits reduced, and told us the the company “periodically reviews accounts based on a variety of factors and may make changes to existing credit lines.” In this case, the spokesperson said, the decision was based on customers’ account activity over the last year.

The company added: “All credit limits were kept significantly above the highest balance of the past year to ensure that customers can continue to use the card as they have been, and provide flexibility for future spending.”

Ben-Achour: How is this connected to unemployment benefits, with the pandemic and people being out of work?

Safo: Well, some in the credit card industry have been warning about the expiration of the $600 a week in additional unemployment aid, and of forbearance programs ending. They’re concerned people could start tapping credit to make ends meet and then not be able to pay the debt back.

This did happen during the Great Recession. It happened to me: I was laid off, and then as the economy worsened, my credit cards started cutting limits. It can be a vicious cycle.

Ben-Achour: Is Capital One the only company cutting limits right now, or are there others?

Safo: There are others. In fact, there have been reports of this happening as early as April. But Capital One is one of the biggest card issuers in the country, so this could be the start of things to come on a bigger scale.