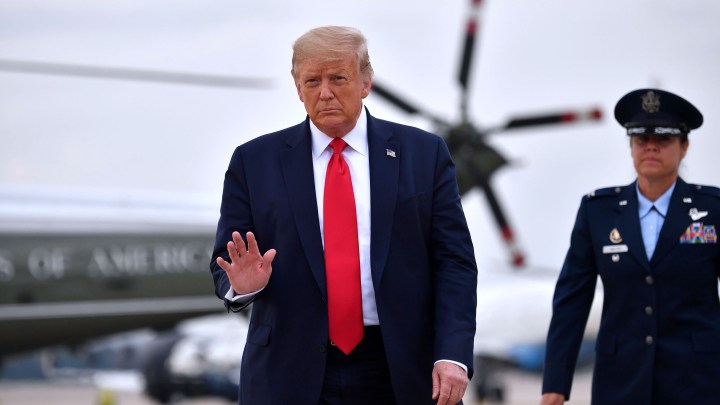 COPY
Among the orders is allowing the importation of cheaper drugs from other countries, and requiring drug rebates paid to insurers and others to get passed down to patients. Nicholas Kamm/AFP via Getty Images

Among the orders is allowing the importation of cheaper drugs from other countries, and requiring drug rebates paid to insurers and others to get passed down to patients. Nicholas Kamm/AFP via Getty Images
Listen Now

Pharmaceutical industry executives are expected at the White House Tuesday. President Donald Trump says he’ll sit down with them to talk drug prices, after signing several executive orders which the White House says will help bring those prices down.

Marketplace’s Nova Safo is following this story. The following is an edited transcript of his conversation with host Sabri Ben-Achour.

Sabri Ben-Achour: What’s the meeting this week about exactly?

Nova Safo: It’s about one of the changes the president is proposing, and it’s got the pharmaceutical industry up in arms. It has to do with what’s called “most-favored-nation” status, which means U.S. drug prices would be set based on the lowest prices other countries pay. This would only apply to Medicare patients and drugs administered in a doctor’s office.

I spoke this morning with Gerard Anderson, professor of health policy and management at Johns Hopkins University, and I asked him why the pharmaceutical industry is opposed to this change.

Safo: Trump said he is delaying this rule change for a month. He wants to hear from pharmaceutical industry executives, and that’s what the meeting is supposed to be about tomorrow.

Ben-Achour: The president signed several executive orders on Friday aimed at drug prices. What would the others do?

Safo: Among the other orders is allowing the importation of cheaper drugs from other countries. Also, requiring drug rebates paid to insurers and others to get passed down to patients. In terms of impact, Anderson says it could take years for these orders to get implemented.

Safo: Also, these ideas have been proposed before but not gotten much traction. And Democrats criticized Trump’s orders as not going far enough.