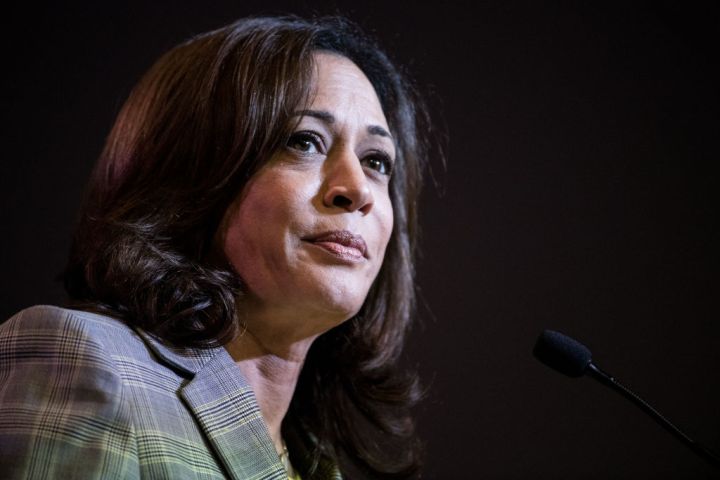 During her nearly eleven-month stint as a candidate for president in 2019, Sen. Kamala Harris outlined an ambitious economic policy wish-list explaining her positions and plans on 25 issues ranging from affordable housing, climate change and economic justice to gender equality and health care.

Back then, Harris’ centerpiece proposals included a nearly $3 trillion plan to reduce taxes for middle- and working-class families, billions of dollars in tax credits for low-income renters and reforming the cash bail system. She also endorsed a modified version of Medicare for All, offering Americans the choice of enrolling in highly regulated private health insurance plans or opting for a public one.

Of course that was in the before times. “I think we were in such a different country back then. We were in, quite honestly, a different world,” said Christina Greer, associate professor of political science at Fordham University and politics editor at TheGrio.com.

Times have changed so dramatically since the debates that all of Harris’s previous economic proposals may be out the window said Greer: “I do think that both of them will have to go back to the drawing board. I mean, we have over 40 million Americans who have applied for unemployment.”

Harris has address the economic crisis in the past few months in the U.S. Senate, co-sponsoring legislation to give tens of millions of Americans $2,000 a month and banning evictions, foreclosures, rent increase and utility shut-offs for the duration of the pandemic, “to ensure that people have the money necessary to keep food on the table,” said Sonja Diaz, founding director of the UCLA Latino Policy and Politics Initiative.

Diaz also said Harris has focused on economic issues that impact people of color since the earliest days of her political career. “It’s just been clear throughout her time in elected office, especially as attorney general of California, where she took on the big banks, and she really advocated for relief and remedies for California homeowners, who frankly, were hard hit by discriminatory mortgage lending during the Great Recession,” said Diaz. She expects that those underlying priorities will remain should Harris become the vice president during this crisis, “to address the systems that have simply broken down during this pandemic, during this recession, and during this movement for Black lives, and I think that Sen. Harris brings a lot to the table of intimately understanding the needs of consumers and recognizing from her position and experience in California that consumers have rights.”

A Biden-Harris administration would realize that the current crisis calls for dramatic measure, according to Greer. “I would think that they put together something akin to the WPA, because not only did that have real economic benefits, but it was laden with a sort of level of compassion and understanding and appreciation for the types of diversity, not just racial and ethnic and gender diversity, but we actually need to get Americans doing the things that they’re really good at.”

And Harris’s background and experience will bring a sharper focus to racial and gender inequality in this country, said Diaz. “I think it’s really important about the issue of representation and the opportunity that the country has in having female leadership in the White House. This is especially true as we continue to proceed in an economy where women are not paid equally … So I think that having the representation of a woman of color in the White House is really important, as we see the unfair barriers to opportunity that still exist in this country, especially for Black women, for Latinas and for Asians and Pacific Islanders and Indigenous women.”