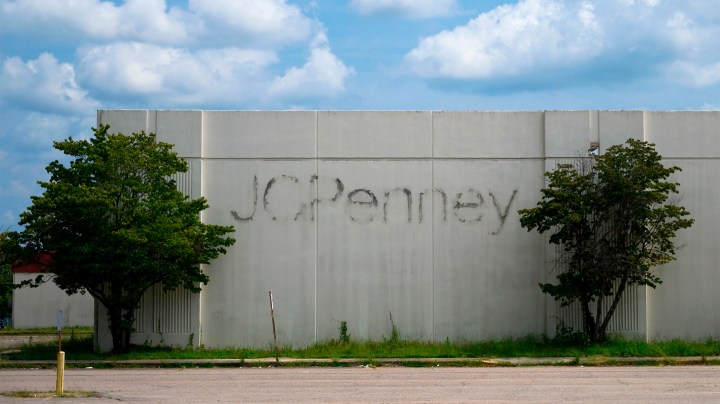 Amazon just reported its best quarter ever. Malls, on the other hand, are in a bad way as they try to compete with Amazon and e-commerce.

“Traffic in malls has been declining for quite some time,” said Sonia Lapinsky, a retail analyst at AlixPartners. “Specialty apparel, which dominates a lot of the mall space, has been declining. And then COVID hit.”

The Wall Street Journal first reported that Amazon is talking with the largest owner of shopping malls, Simon Property Group, about converting some shuttered mall stores into fulfillment centers. The number of retailers that are looking to expand are few and far between, so Simon has had to look elsewhere to fill its vacant mall space.

But for those other mall tenants, sharing space with Amazon might feel like an insult and won’t bring in the foot traffic they rely on. But the level of agitation could depend on how much space Amazon would soak up.

“If it’s one of the anchors, and you have, let’s say, four anchors and only one of them becomes a distribution center, it may not be that big of a deal,” said Enrique Becerra, chair of the marketing department at Texas State University. “But if you have more than one, then it becomes a deal.”

Simon would be choosing the security of a steady tenant over getting customers to its malls. And any tenant is better than a yawning, empty space.

For Amazon, filling that mall space is about shortening the distance between where customers live and its warehouses.

But Neil Saunders, managing director at GlobalData Retail, said even if a deal gets done, the change wouldn’t be overnight.

“It isn’t just as simple as giving Amazon the space and then them moving in,” he said. “There’s a lot that needs to be done to convert this from retail to more of a fulfillment operation. And that isn’t easy. And it isn’t cheap either.”

Simon didn’t reply to a request for an interview. Amazon wouldn’t comment.