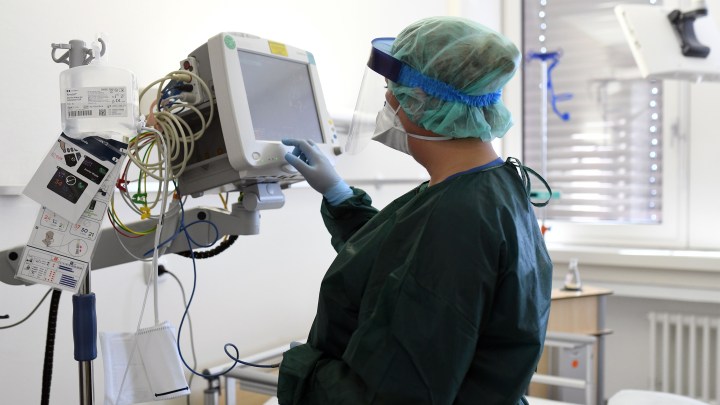 The federal government’s new COVID-19 tracking site went live Monday. It’s under the aegis of the Department of Health and Human Services — and it replaces the Centers for Disease Control and Prevention’s system. However, the transition to the new data-collection system may create a host of new problems for hospitals.

Fewer than half of the nation’s hospitals reported to the old system. About three-quarters will report to the new one, and they’ll have to enter the data manually.

Katherine Baicker, a health economist at the University of Chicago, said the goal here is commendable, that having harmonized information is crucial both to individual decision making and getting resources in the right place at the right time.

The problem is, “ideally, you wouldn’t be starting to do it in a pandemic,” she said.

Not only during the pandemic,  but with only days of notice, according to Dave Dillon of the Missouri Hospital Association.

“We have not had the ramp-up period to encourage hospitals to engage in this,” he said.

But hospitals will have to engage if they want resources the government controls, such as the scarce supply of antiviral drugs. Dillon said the changeover has been “more of a sanction than an inducement.”

Hospitals are already stretched thin by the pandemic, said Georges Benjamin, executive director of the American Public Health Association. The confusion over what to report and to whom and how may actually impair federal efforts.

“In many ways it may very well delay the response that they’re having,” he said. “And I think that’s the biggest risk, that it really undermines their ability to move as quickly as they would like.”

Benjamin said understaffed and underfunded hospitals may not have the resources to devote to typing information into this platform — and those are the hospitals that could most use help from the federal government.