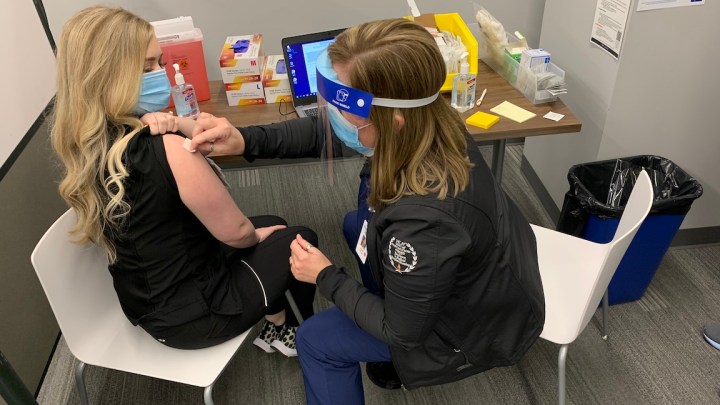 COPY
As the nationwide vaccination program expanded to include older Americans, some states have ordered hospitals to stop putting their patients ahead of the broader community. Blake Farmer/WPLN News
COVID-19

As the nationwide vaccination program expanded to include older Americans, some states have ordered hospitals to stop putting their patients ahead of the broader community. Blake Farmer/WPLN News
Listen Now

Coast to coast, millions of seniors are still trying to find the quickest way to get the COVID-19 vaccine. Peggy Burgess of Nashville, Tennessee, who is in her 80s, was among them.

She heard that a few neighbors who are patients of the local Ascension system, Saint Thomas Health, were able to get their shots through their affiliated doctors. But when she called her doctor, she learned she didn’t qualify.

“Even though their offices are there at the medical office building, that doesn’t mean they are Saint Thomas doctors,” she said she was told.

Burgess didn’t think too much of the roadblock, since it wasn’t the first she’d hit in her effort to get the vaccine. But what she ran into has become a point of contention between public health officials and hospital systems in several states.

Each state is handling the vaccine rollout a bit differently. In much of the country, hospitals are still leading the vaccination effort — first with health care workers and now with seniors. But some states are rethinking that role as some hospitals are putting their own patients in the front of the line.

In Tennessee, many hospitals got a lot more vaccine than they needed for their staff members. So, state health officials said they could give it to their older patients. But then people started to complain about being at a disadvantage just because they don’t have the right doctor.

“You’re not going to see me walking down the street with a sign saying, ‘Who got my vaccine?’” Burgess said. “I just want it to be fair to everyone, including me.”

After numerous phone calls, Burgess did get her vaccine through the hospital. Turns out, one of her specialists is affiliated. Saint Thomas Health confirmed it has been limiting vaccinations to existing patients.

There are many reports of hospitals in Florida also giving first dibs to their patients. In Louisiana, the state health officer, Dr. Joseph Kanter, warned hospitals and clinics against the practice in a strongly worded letter.

“To the extent that such discrimination is occurring, it must immediately cease,” Kanter said in the notice. The state has warned that there could be penalties against providers.

In Tennessee, the state’s health commissioner, Dr. Lisa Piercey, has been rethinking whether hospitals are the best setting to offer vaccines, especially since “equity” has been her stated priority.

“We do not want to put up any barriers whatsoever, and there could be some substantial barriers for community members going into a hospital if they think they’re going to get charged or if they have an outstanding balance there,” she said.

Piercey has now informed Tennessee hospitals that they will have to welcome all comers to get any more vaccine. She’s also instructed hospitals to consider setting up a community site accessible by public transportation.

“Going forward, if you want to continue being a site that gets vaccine, you’re going to have to step up for the community,” Piercey said.

But hospitals in Tennessee have also been informed that they’re not going to get much vaccine anyway, with supplies not ramping up as quickly as expected. Rather, local health departments have taken the lead. And instead of hospitals, nonprofit clinics and rural pharmacies are now getting doses.

Nationwide, the Biden administration is beginning to ship doses to pharmacies to make the vaccination rollout more equitable.

However, hospitals in Tennessee are feeling unfairly sidelined, said Dr. Wendy Long, CEO of the Tennessee Hospital Association, adding that hospitals are uniquely positioned to help.

Long said hospitals would be happy to run community vaccination sites if public health officials will just provide an adequate supply of vaccine.

“I think the majority of hospitals view it as part of their responsibility to the community to be a part of the vaccination effort,” she said. “But they also are just looking for some clear direction.” 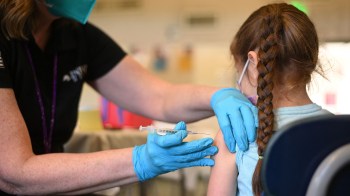 Pediatricians brace for the end of federal COVID-19 vaccine funding