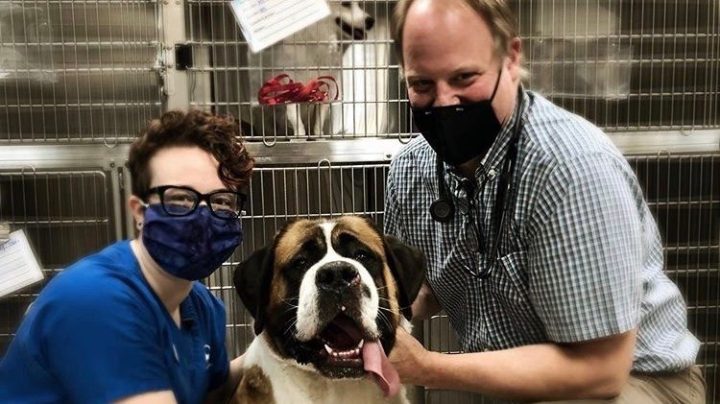 So far, there’ve been almost 4.9 million loans made under the Paycheck Protection Program. A little over a week ago, the Trump administration moved the application deadline out to August 8 because the Small Business Administration says there’s still more than $100 billion left in the fund. So using data released by the federal government last week on which businesses received money through the program, we looked at how some of those 4.9 million loans played out in one community.

“Near the end of June, we have made 800 loans and they totaled over $72 million,” said Laurie Stewart, the CEO of Sound Community Bank, which is headquartered in Seattle.

We’ve checked in with her a couple of times since her bank became one of the program’s more than 5,400 participating lenders. “We’ve saved thousands of jobs,” she said.

Stewart said those jobs include everything from small contractors and restaurant employees to auto mechanics and fisherman. “If you can imagine the small businesses that make up the fabric of our country, these are the folks that came to us for loans,” she said.

Brad Khouri at b9 Architects in Seattle was one of them. When the pandemic hit, Khouri said, some of his company’s projects went on hold, while some that were supposed to start disappeared altogether. “I was concerned about how I would support my staff and how I could maintain stability for them, and so the loan immediately provided that,” he said.

Meanwhile, Steven Freygang, who works with an organization called Wave Aquatics, which provides swimming lessons, water polo and other programs, used a PPP loan from Sound Community Bank to help keep swimming coaches and lifeguards, as well as operational and administrative staff, on the payroll.

“If we had not gotten the loan, we would have had to lay people off, probably on a permanent basis,” Freygang said. “Today we do have everyone on payroll who elected to return.”

Around the same time, Mark Donovan and his partners at Seattle Veterinary Associates saw demand at their clinic drop dramatically and became concerned about the 85 employees on their payroll. “If we had not successfully received a PPP loan, it would have been extremely challenging, if not impossible, for us to keep that workforce intact,” he said.

According to the Census Bureau’s Small Business Pulse Survey, around 75% of small businesses sought PPP loans, and about 72% of them got PPP loans.

Tess Thomas, the owner of Emma’s BBQ in south Seattle, is one of the business owners who didn’t. “Sometimes when you don’t have that A+ credit rating, it works against you, and it works doubly hard against African American people” she said. “I’m a person that can come to work every day, and work day in and day out and do what I need to do, but I’ve not always been so fortunate in the financial area.”

Thomas said she looked into getting a PPP loan and started the application process with her bank, but after looking at her credit score and all of the documentation they were asking for, she decided it probably wouldn’t be worth her time to go through with the application.

“Finally, I just gave up even trying,” she said. “And I know that I’m not the only one that has gone through this in African American businesses here in this community.”

So Thomas cut hours for her staff, she’s only opening the restaurant three days a week and she’s just trying to hang on until the economy and the virus turn around.