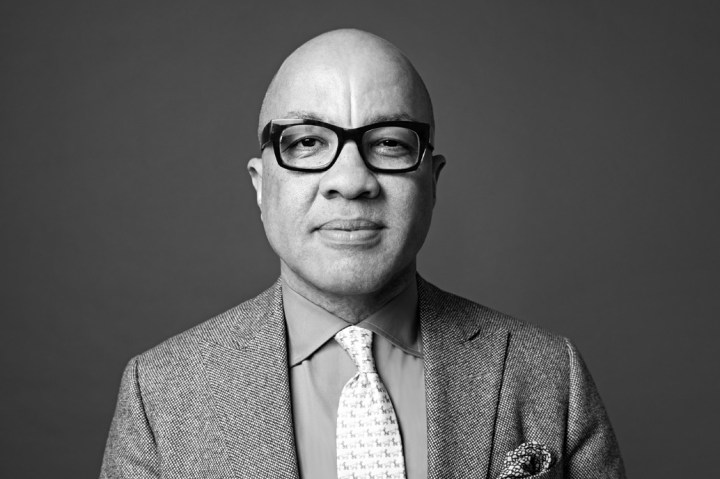 COPY
"Inequality makes people believe that the systems that are supposed to serve them are rigged — are designed by we privileged Americans to benefit us, at their expense," Darren Walker said. Courtesy of the Ford Foundation
Reimagining the Economy

"Inequality makes people believe that the systems that are supposed to serve them are rigged — are designed by we privileged Americans to benefit us, at their expense," Darren Walker said. Courtesy of the Ford Foundation
Listen Now

Charitable foundations are required by federal law to dole out at least 5% of their assets each year in grants and other charitable activities. Most don’t stray far from that amount in the interest of preserving their endowment year after year.

That has garnered criticism during the COVID-19 pandemic as nonprofits across the country have been plunged into crisis at the same time that tax-exempt private foundations, which sit on a collective $1 trillion in wealth, scale back their giving.

It’s a critique to which Darren Walker, president of the Ford Foundation — whose $13.7 billion endowment makes it one of the largest private foundations in the country — isn’t entirely unsympathetic.

“Our nonprofits are experiencing financial duress. They’re experiencing canceled fundraisers, canceled corporate sponsorships, while, at the very time, need is up. So our nonprofit sector needs more capital now. We must pay out more than our traditional 5%,” Walker told “Marketplace Morning Report” host David Brancaccio.

This is why Walker is at the helm of a collaboration between five major philanthropies to significantly increase the amount of money they give out in the immediate future. The Ford Foundation, along with fellow heavyweights the John D. and Catherine T. MacArthur Foundation, the W.K. Kellogg Foundation, the Andrew W. Mellon Foundation and the Doris Duke Charitable Foundation, have together pledged to distribute an additional $1.7 billion in grants over the next few years.

The Ford Foundation will increase its annual grantmaking from under 6% of its assets to around 10% for the next three years.

But instead of dipping further into its endowment, it will meet the extra need with borrowed money. The foundation closed last week on $1 billion worth of 30- and 50-year bonds, which Walker explains allows the foundation to preserve its endowment while taking advantage of historically low interest rates.

Asking wealthy foundations to give away more of their money is one way Walker is advocating for deeper structural changes to our economy during a moment of intersecting crises, from the pandemic to police brutality to deepening economic disparities along race and class lines.

Brancaccio asked Walker how he would reimagine a more inclusive economy, moving beyond simply fixing what the pandemic has broken. The following is an edited transcript of their conversation.

David Brancaccio: We’re talking not just in the midst of a pandemic, but of course, at a time of new energy in the social justice movement since the killing of George Floyd. Is it your sense that people of privilege are now more galvanized to push for the actions that will really change the system?

Darren Walker: Well, I certainly believe that the murder of George Floyd made abundantly clear the pain of African Americans in this country that go beyond policing. And I believe for white people who do not want to live in a racist America, I think watching his murder was heartbreaking for many white Americans. But the hearts of African Americans have been broken for over 400 years because of racism in America. And now we all understand the depth of that.

So I am encouraged. I’m encouraged because I see CEOs, I see philanthropists and I see activists saying the same message: that Black lives matter. Now, let’s see if we really mean it.

Brancaccio: Let’s, for a moment, reimagine the economy together — to go beyond fixing what the pandemic broke. What would some priorities for a new economy be for you?

Walker: I think that we cannot talk about renewing the economy, because renewal means restarting something that was interrupted. And I do not want to restart the economy that we had. We have to reimagine. And we begin, first, by asking the question: Why is there so much inequality in our society? Rendering a society of winners and losers.

And the economy that we have had in this country in these last years has been that kind of capitalism that in no way recognized the harm that inequality does to our democracy. Because inequality makes people believe that the systems that are supposed to serve them are rigged — are designed by we privileged Americans to benefit us, at their expense. And if I’m to be true and candid with you, David, they are right. They are right.

Brancaccio: We have polling to that effect; that shows that across economic classes and races, people feel the economy is “rigged.” And so as people come up with prescriptions, what would be one of the tests for you? If it answers the question, “Does this make the economy more inclusive?”

Walker: Absolutely. And how do we think about the allocation of capital to workers? We don’t have profit-sharing at scale because of an ideology that says all profits have to go to the shareholders who purchase the stock. And so workers are no longer a beneficiary of the growth capacity of their own productivity and their own inputs. It’s that kind of ideology that we must address if we’re to have a more inclusive capitalism that generates more opportunity for more workers.

Brancaccio: Instead of narrow interest of shareholders, you would say probably think about it as stakeholders — because that would include employees, but it would also include the community.

Walker: That’s right, David. And in fact, last year, the Business Roundtable issued a statement with over 170 CEOs rejecting the shareholder paradigm in favor of a stakeholder paradigm that recognizes the company needs to attend to the needs of all of those stakeholders. Yes, shareholders, but employees, customers, suppliers and the communities where they do their work. And so this is a different idea of what capitalism ought to be, and what the role of the firm is. We’re going to have to have, in this country, a fundamental [conversation] about what the role of the firm is. And we need to ask questions of private equity and the ways in which private equity is financed and incented that can be a detriment to the interests of workers and to the interests of our long term stability in our society.

Brancaccio: Mr. Walker, you champion diversity in corporate America and companies will also salute that goal. But you think now’s the time for companies to get a lot more serious about who has the power in these powerful firms?

Brancaccio: Now, you yourself sit on boards. You wouldn’t do it if you felt the company wasn’t listening to you.

Walker: Absolutely. And I see, certainly on the boards that I sit on, the kind of conversation in the boardroom around these issues has fundamentally changed in a matter of weeks. And I’m seeing it because if you’re on a nominating and governance committee, you see who’s in the pipeline and you talk about putting people in the pipeline. And now we are talking about putting more African Americans, more Latinx, more people of color in that pipeline for elections in years to come. And so I’m actually quite encouraged by what I’m seeing and what I’m hearing from CEOs about board diversity.

The next challenge will be the C-suite. Again, we see too few African Americans. And this is going to take, I think, a mind shift, a belief that by diversifying, your business will actually do better. And David, the irony here is that we have had for years research that demonstrates this idea. And the more we see investors making these demands and holding companies accountable, the faster we will see an acceleration and take up of this idea of diversity in corporate America.

Brancaccio: So, making companies accountable — because you can count the people on the board who are diverse, you could count the people who are CEO or, you know, in the C-suite. But what about other metrics?

We also need to ask questions about, who are the vendors? Who are the suppliers? Who has an opportunity to participate in the business operations of the company? And so let’s set some metrics around there.

I think what’s important here is corporate America should do what corporate America does best: measure. And incent the outcomes that you want to see. If we do that with the urgency that we incent other imperatives of the company, I am confident that we will solve this challenge.