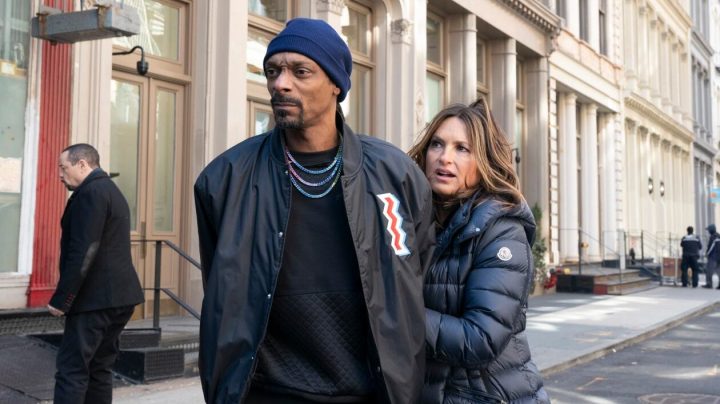 Years ago, Cheo Hodari Coker was a writer on the police show “Southland,” so he spent some time with law enforcement for research. He remembers being told, “that somebody my size would be considered a threat, me being 6-2, 250. That there was an increased chance that someone my size would get shot.”

Coker’s perspective made him an asset to the show, which was often praised for its complex portrayal of law enforcement and race relations. That’s something most cop shows don’t do.

The standard formula on a police procedural tends to be: An unequivocally horrible perp meets a tough detective who bends the law to get the job done. Take “Law and Order: SVU’s” Detective Elliot Stabler, played by Christopher Meloni. He’s a notoriously unstable policeman who gets irate, but for the “right reasons” against the “right people.” He’s getting his own spinoff show.

The nationwide protests following the police killing of George Floyd led to the cancellation of two of the most popular law-enforcement reality shows: “Cops” and “Live PD.” And now some critics say the entire cop show genre needs a serious overhaul because of the way it glosses over police brutality.

This past season, three of the top five prime-time dramas were cop shows.

Aaron Rahsaan Thomas, co-creator of the show “S.W.A.T” on CBS, said this national moment is an opportunity for the genre to grow. “I think in addition to it perhaps helping to nudge the conversation forward, I actually think it would make for great television as well,” he said.

One way to achieve change? Diversify the writers room. Thomas said that about half of his writers are people of color, an especially diverse staff by Hollywood standards. “Having more people from different ethnicities, different backgrounds, different class, would be a great start,” he said.

Ironically, Coker said, it was through fantasy that he got a chance to talk about something real: being a Black man in America. “We have constantly been trying to prove our humanity,” he said. “And my way is trying to show that big, brawny, Black men, even if they are bulletproof, can still have nuance.”

And that’s what activists and critics are saying: Cop shows need to have fewer ruthless officers portrayed as heroes, and more humanity.