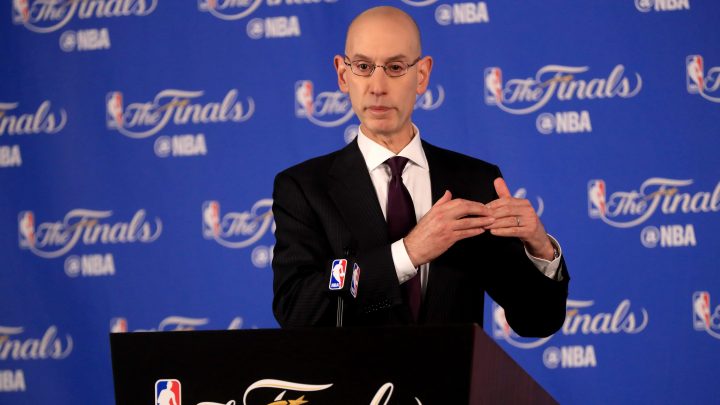 As the Utah Jazz and the Oklahoma City Thunder awaited tip off on March 11, game officials suspended the basketball game. Utah’s star player Rudy Golbert had tested positive for COVID-19. The NBA subsequently suspended the season indefinitely, only about a month away from when playoffs would normally begin.

Basketball is the second most watched sport in America, behind football, and the NBA postseason is the financial engine for the league. With huge TV contracts with both Turner Broadcasting and Disney — via ABC and ESPN — playoff basketball is when viewers tune in for the most entertaining part of the season.

On July 31, 22 teams (around 1,500 people total consisting of players, staff, officials, etc.) will convene in what is being called the “bubble” at Disney World in Orlando, Florida. The new plan was developed by the league in conjunction with team owners, the players union (NBPL), and health officials as a way to salvage the season and the money that comes with it. The teams will compete in a tournament to finish the season and lead into the playoffs. The new format will bring back some of the revenue lost in the season’s shutdown, but there are still a lot of unknowns about how the financial gains will be divvied out.

When Adam Silver, the NBA commissioner, called an end to the season in March, NBC Sports NBA Insider Tom Haberstroh calculated that the league would lose about $500 million in ticket revenue alone if there was no resumption of play. That isn’t even calculating losses to merchandise sales, television contracts, and advertising. FiveThirtyEight puts the loss of the regular season at closer to one billion dollars.

That’s a huge hit to the NBA. The league already took a hit financially earlier this season when Houston Rockets general manager Daryl Morey tweeted about the Hong Kong protests. Anger from Chinese businesses and government probably cost the league around $400 million in revenue from its biggest international market.

What do players get?

On May 15, the league used the force majeure provision in the players collective bargaining agreement (CBA) to gradually withhold 25% of players’ salary. The players are getting back some of their lost salaries to play in this new structure, but that might not outweigh the health risks and other costs to players.

The players were facing $645 million in lost salary if the regular season games didn’t resume. In the current restart format agreed upon by the NBA Board of Governors on June 4, all 22 teams competing will play 8 games before the postseason begins. These 88 games reduce the collective salary loss by $300 million.

“What the NBA is bringing back, is the thing that benefits the owners the most,” said David Berri, sports economist at Southern Utah University. “Players aren’t paid for the playoffs, so when the regular season ends that’s the end of their paychecks.”

The players do get a small bonus by competing in the playoffs but it is a pool of money that is split among many people — not just the players but coaching staff, trainers, and front office employees.

The pay-off is very minimal in comparison to player salaries, Berri said. “The players are basically playing for free in the postseason.”

On Friday evening, Brooklyn Nets star Kyrie Irving (who already announced he will not be playing in Orlando due to injury) and LA Lakers guard Avery Bradley held a call with many players in both the NBA and WNBA to discuss if the “bubble” plan was really in the best interests of players.

There are many potential health risks to players returning to play after three months. Injury is possible due to minimal training and practice as well as the risk of a COVID-19 outbreak within the Orlando bubble.

Recently, many players have been outspoken about their support for Black Lives Matter and the nationwide protests against police brutality and systemic racism. The coalition of players released a statement Monday outlining their position and asking for the league to partner with Black advocacy groups and tangible ways the league can fight racism.

As players weigh what to do next, former Nets Vice President and Assistant GM Bobby Marks tweeted out on Friday what’s at stake.

Some veteran players, from Jared Dudley to Austin Rivers to Patrick Beverley have weighed in as well.

“These are kids in their 20s or early 30s,” said John Ourand, a sports media reporter for Sports Business Daily. “They’re competitive and professional basketball careers for people not named LeBron James, they really only have a couple years and they want to maximize that.”

For the stars of the league, endorsement deals are predicated by high TV ratings for postseason games and which players do well during the playoffs.

Disney owns ESPN and ABC — network hosts of the NBA Finals. In a traditional year, Disney’s third fiscal quarter for television is reliant on basketball coverage.

“It’s all about the NBA,” said Jessica Reif Ehrlich, senior media analyst for Bank of America. “In the June quarter 2019, 17 of the top 20 shows on ESPN were the NBA. On ABC, the top six of 20 shows were the NBA Finals.”

ESPN’s current TV contract pays about $1.4 billion a year to the NBA and continues through the 2025 season. A shortened season would put both regional and major network contracts in jeopardy of “make-good” deals for lost games. And then there is the loss of advertising revenue.

Tim Nollen at Macquarie Bank forecasts that broadcast advertising revenue for Disney is down 35% in the June quarter costing the company around $350 million.

Getting live basketball back on TV could be key to flipping Disney’s ad revenue from a negative number to a positive, said Nollen.

Live game coverage on TV also provides a branding opportunity for Disney. Nollen imagines long sweeping camera shots of the amusement park during commercial breaks could be used to reassure fans that Disney World is open and safe to visit.

There is a lot of speculation about how lucrative the restart will be, though. Sports fans have been starved for live games to watch so the market is ready for primetime events. Yet, competition between major sports could be at a peak. This September could be the first time in history that all four major professional American sports are on at the same time.

“The NBA playoffs are going to be competing with potentially baseball, the NFL, college football, with the National Hockey League, the Triple Crown horse races, with golf majors, with tennis majors,” said John Ourand at Sports Business Daily.

Viewership might be up but an oversaturation of live sports events could disadvantage some or all the different leagues forcing viewers to choose, or at very least fill up their TiVo.

David Berri thinks it will all even out because Americans are starved for new content. He found himself watching the movie “Grease” on primetime TV the other night.

“That’s something that you do when you run out of programming,” said Berri. “Once those games start being televised, the ratings are going to be much higher because there’s nothing else to watch right now.” 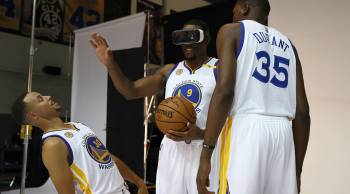