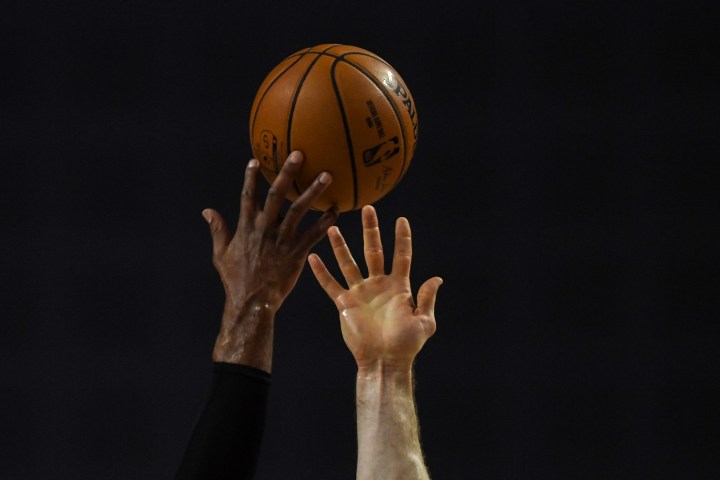 When the NBA abruptly suspended its season in March because of the coronavirus pandemic, billions of dollars in TV contracts, corporate sponsorships and ticket sales were jeopardized. The plan for finishing the season in a “bubble” at Disney World in Orlando, Florida, will help the league recoup some of that money.

The NBA is set to restart on July 30, and players, support staff and the media covering those games are all currently under quarantine.

Marketplace’s Andy Uhler spoke to Joe Vardon, senior NBA writer for the Athletic, about how much the bubble — a controlled environment meant to prevent the spread of coronavirus— is costing the NBA, and why it’s probably money well spent.

Andy Uhler: Estimates have the NBA spending $150 million on this bubble, this isolated micro-economy. You’ve been there for a couple of days, you probably don’t know how everything goes down, but just give us a sense of how things work where you’re paying for things, how you’re getting stuff.

Joe Vardon: I have the number at closer to $170 million. And you’re talking about everything from the rooms at these three Disney resorts, catering, entertainment — and then there’s the matter of testing. The NBA is paying for, you’re talking about hundreds of tests every day by BioReference Labs. They take them every day and drive them back to the laboratory in Melbourne, Florida.

You asked me how we are paying for all this. It costs every reporter here $550 a day. You get three meals out of that, you get a room and you get a COVID test.

Uhler: This doesn’t seem like a whole lot of time to be spending that amount of money, but for the NBA and the brand, I imagine it’s worth that money. What is your take on that?

Vardon: Yeah, you’ve got to spend money to make money sometimes. And in this case, they had — in the short term, for this year — a billion-plus riding on this. They have to play the playoffs to get their playoff money from TV. And so they felt that the only way they could do this safely was in a bubble. And you’re going to have to pay somebody to create the bubble, either Vegas or Disney, and Disney is already a partner, paying the league for that playoff TV money. So it’s kind of confusing to figure out how the money changes hands, but that’s what it costs.

Uhler: The big money with this league and with a lot of leagues is that TV contract, right? Because you’re not going to sell any tickets. And you’re not going to have any folks sort of watching these games, you have to meet that contract obligation. And also for the sponsors as well, right?

Vardon: Absolutely. The whole system is set up on this idea that you’re gonna get $2.6 billion a year from TV. But you only get that money if you fulfill the contract. The TV networks, so we’re talking about Turner and Disney, continued to pay the league its scheduled payments on that contract even when there were no games being played. If, for whatever reason, the league has to shut this down before we get started on July 30, that money has to come back.