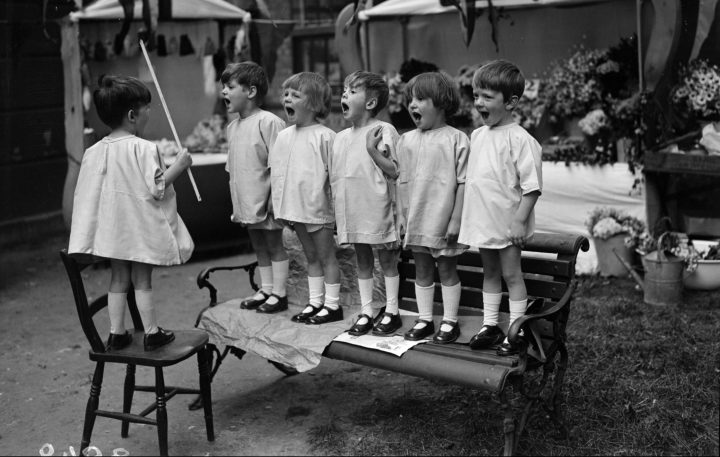 Earlier this week, we reported results from our ongoing Marketplace-Edison Research Poll showing a spike in Americans’ “economic anxiety.”

Thursday we learned that 3.2 million people filed jobless claims last week. That brings the total number of Americans applying for unemployment benefits since the COVID-19 crisis hit the United States to more than 33 million people. And Friday, the government will release what’s sure to be one of the grimmest monthly jobs reports in U.S. history.

But even with anxiety-inducing headlines coming every day, experts say we should give ourselves permission to find joy.

“All emotions are fair game right now,” Dr. Ryan Howes, a clinical psychologist in Pasadena, California, told “Marketplace.” “The accumulation of stress and anxiety over time is very detrimental to people as far as their cardiovascular systems, immune systems and everything. So being able to step away from that and feel joy, the absence of all those stress hormones, is very beneficial,” he said.

“The more we feel joy, the more it actually helps others,” said Kristin Neff, an associate professor of educational psychology at the University of Texas at Austin who studies self-compassion.

“Emotions are contagious,” she said. “So feeling joy isn’t necessarily a selfish thing. It might even uplift the spirits of those around you.”

Krista Vernoff, a television showrunner for “Grey’s Anatomy” and “Station 19” and a screenwriter, tweeted a story about one way she’s found joy during the coronavirus crisis ⁠— taking a singing lesson.

Vernoff pointed out that feeling miserable does not help people who are dying or the people trying to help them.

“Doing things that lift us out of despair so that we can continue to be productive members of society and help and support each other does help,” she wrote.

Neff at UT Austin did offer one caveat: “Make sure that you aren’t using the joy as a way to cover up or suppress the pain,” she said. “But if something like singing gives you joy? Absolutely, you should be doing it.”

Click the audio player above to hear Vernoff’s story or keep scrolling to read her Twitter thread.