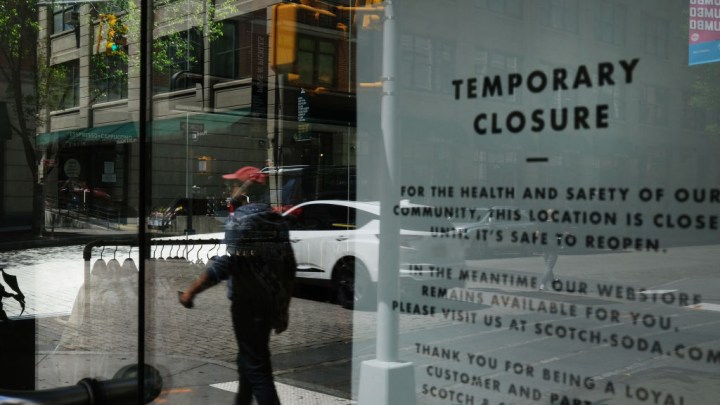 Nearly one-third of Americans tell us they’re losing sleep over their current financial situation. Food insecurity is becoming a widely shared experience, with 44 percent saying they now worry a lot or some about paying for groceries.

These are just some of the findings of our latest Marketplace-Edison Research Poll, which we’ve been using to track Americans’ financial fears since before the last presidential election. Our Economic Anxiety Index® jumped 25% since the spring of last year. It’s the sharpest rise of any polling we’ve done.

But the data behind the index reveals something especially telling about the economy: Lower income people were already very anxious well before anyone said the words “novel coronavirus.”

That is, those earning under $25,000 a year had high anxiety even in the good economy, before COVID-19 hit. And they still do.

“A lot of the job losses are concentrated in sort of the lower income tiers, restaurants and retail,” said Curt Long of the National Association of Federally-Insured Credit Unions.

That’s one reason pandemic relief checks and jobless benefits are so important, says University of Chicago economist Constantine Yannelis. He’s been studying how much of that money is being spent right away.

Those earning $100,000 and above are also anxious, significantly more than before the pandemic.

Check out the full poll results here and here, and read more about our methodology below: