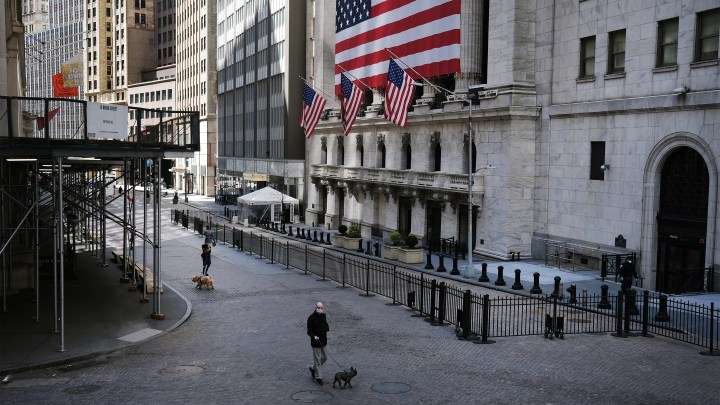 Every three months, we spend a lot of time talking about corporate earnings statements. Most of the time, we focus on the headline numbers — profits and losses.

This time, as we get the first earnings statements of the pandemic era, we can pretty much forget about profits for a whole lot of companies. Losses are likely to be a given.

So will we be able to glean any useful information from this round of reports? Well, it turns out that by digging a little deeper into earnings statements, you can find some clues about how the coronavirus crisis is affecting companies.

One important indicator of a company’s health is how much cash it has on its balance sheet. Donna Hitscherich, professor of finance at Columbia Business School, said having a lot of cash on hand helps a company keep the lights on.

“Cash gives you time,” Hitscherich said. “You can think about your higher-order needs, rather than just survival.”

Earnings reports also reveal how companies earn money. Whether it’s in cold, hard cash or in debts and IOUs. Hitscherich said investors will be paying close attention to cash flow and whether a company’s business model can continue to generate cash through the crisis.

Many companies are trying to free up cash that they’ve been spending on share buybacks and dividends.

“Every moment I look at my screen and see another company that is canceling its dividend,” said Frances Donald, an economist with Manulife Investment Management.

Ford, Boeing and the sportswear giant Adidas are just some of the companies that have canceled dividends recently. Last month, AT&T, Wendy’s, JPMorgan Chase and other big banks canceled share buybacks.

“It does really highlight how difficult this environment is,” Donald said.

You can also learn something about this economy by comparing a number of earnings reports side-by-side. For example, Jim Vogel, interest rate strategist at FHN Financial, said earnings reports can paint a picture of how consumers are spending.

Other indicators of how companies are doing come from what’s said during conference calls when earnings reports come out, he said.

“People will hunt through for key words and begin to try to compile impressions about what’s happening in the economy, focusing not on the numbers, but on what people are saying.”

Analysts are especially eager to hear about how executives are thinking about the long term.

The Securities and Exchange Commission is encouraging companies to disclose how efforts to fight COVID-19 could change their operations and what steps they’re taking to protect their employees.