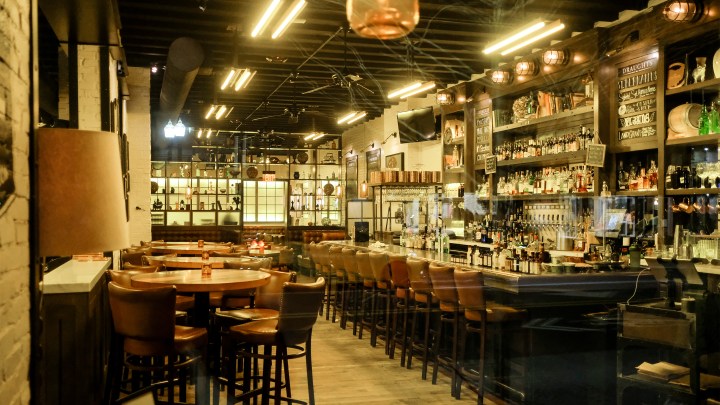 COPY
In some places in Ohio, income tax makes up almost 75% of the revenue. Above, a closed bar in Columbus, Ohio, on March 15. Matthew Hatcher/Getty Images
COVID-19

In some places in Ohio, income tax makes up almost 75% of the revenue. Above, a closed bar in Columbus, Ohio, on March 15. Matthew Hatcher/Getty Images
Listen Now

For Russell Easley, who owns New Orleans Airboat Tours, spring is moneymaking season. His team usually takes more than 200 visitors out to the swamps every day.

“We go out there and we check out the alligators. There’s a lot of shorebirds. There’s racoons, bald eagles,” Easley said.

But with COVID-19, no one is coming to see the animals anymore. Easley had to close down and lay off 25 people. That means no money for his business, no money for his employees and no money for Louisiana, which relies on taxes from tourism.

“The economy overall has been shook,” said Christiana McFarland, research director at the National League of Cities and co-author of a Brookings Institution report on cities and the fiscal impact of COVID-19. “The economy is what drives local revenues, and this is putting a lot of stress on their budgets.”

Those budgets rely on sales, property and income taxes. The governments that get the bulk of their money from one tax stream could have a harder time recovering. In some places in Ohio, income tax makes up almost 75% of the revenue, according to the Brookings report. In Oklahoma City, sales tax makes up almost 60%.

“They’re going to have that revenue stream dry up overnight,” said Michael Pagano, director of the Government Finance Research Center at the University of Illinois, Chicago, and co-author of the Brookings report. He said for local governments, a big loss in tax revenue means reevaluating budgets.

“This requires that local governments identify what they consider to be their core services,” Pagano said. He added that infrastructure projects like railways, roads and dams could see budget cuts as well as parks and recreation. And other city services, like garbage pickup, could be reduced.

Even so, some budget areas could get a boost after COVID-19 — like public health and safety.