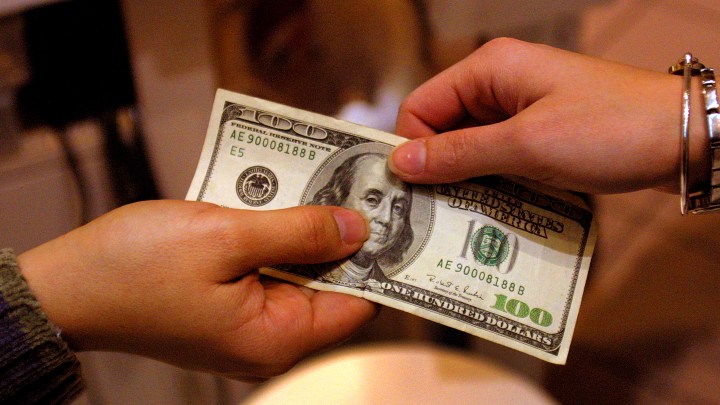 COPY
Income inequality is rising even though the economy is in its longest period of growth. Joe Raedle/Newsmakers

Income inequality is rising even though the economy is in its longest period of growth. Joe Raedle/Newsmakers
Listen Now

New numbers from the U.S. Census Bureau on Thursday showed the gap between the rich and poor in this country has grown to its highest level since the bureau started tracking it more than 50 years ago.

But the U.S. economy is in its longest economic expansion ever, with near record low unemployment. What’s going on? There’s not just one thing pushing the wealth gap wider and wider. It’s a mix of taxes, the stock market and even demographics.

Let’s start with taxes. The 2017 tax overhaul had big cuts for top earners and business owners. It lowered corporate taxes, too. Hector Sandoval, an economist at the University of Florida, says companies passed on the money they saved to shareholders.

“This is just benefiting a lot of people who are already wealthy,” he said.

The middle class also got a tax break, just not as big. Wages are rising, but not as much as they normally do during an economic expansion. And Sandoval says about 80% of U.S. households get most of their income from a paycheck. Only about half of American households own stock, and the return on investments can be higher than wage growth.

“You can make more money if you’re an investor than if you’re an ordinary working person,” said Arloc Sherman, a senior fellow at the Center on Budget and Policy Priorities.

And here’s the demographic part. Those investments, like stocks and houses, are concentrated among baby boomers. Their kids — millennials — aren’t so lucky.

“Our millennials have debt,” said Donna Ginther, an economist at the University of Kansas. “They haven’t reached peak earnings potential, so that would again generate more inequality.”

Ginther says that should start to change over the next decade, and might help shrink the wealth gap a bit, but more fundamental change is needed to close it.