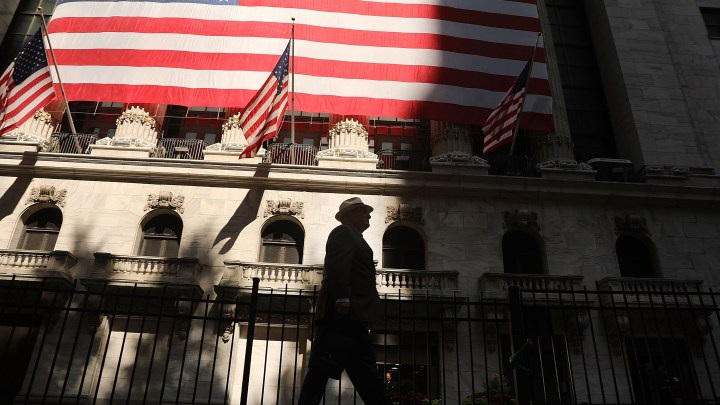 The U.S. economic expansion reached a milestone today. It’s now the longest period of economic growth since economists started tracking business cycles sometime in the 1800s. The former record holder was the growth spurt between 1991 and 2001.

Back in 1991 — and unlike today — two of the top four shows on TV focused on working-class characters: “Roseanne” and “Cheers.”

“Maybe those typical jobs were more highlighted or respected in the ’90s economy,” she said.

Piegza said it was easier to make a living as a blue-collar worker in the ’90s. Technology wasn’t replacing so many workers, it was just making everybody more productive.

“We were talking about an average [gross domestic product] growth rate of 3.6%,” she said.

And the spoils of growth in the ’90s were spread out more evenly. Now, according to the Federal Reserve, more than a third of the economic gains are going to the richest 1%.

“I think the United States was still sort of the dominant world political leader,” in the ’90s, he said. “Unlike today,” when we’re not so insulated from worldwide economic trends.

The housing market’s also very different than it was in the ’90s, said Kathy Bostjancic of Oxford Economics. Back then, homeownership took off, “and it continued to rise at a very steep pace all the way through to about 2005,” she said.

Bostjancic said you could argue that homeownership rates got too high, leading to the housing crisis. But now, she said, it’s gotten too hard to buy a house. And those blue-collar workers celebrated on TV just aren’t sharing in this expansion.