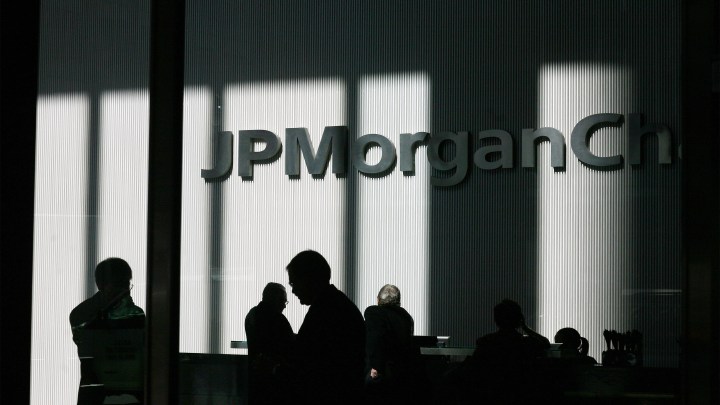 Thirty-four of the biggest banks in the U.S. are turning information over to the Federal Reserve that will allow the central bank to gauge whether those financial institutions are capable of handling a theoretical crisis.

These are the stress tests required by the Dodd-Frank reforms passed after the last financial crisis. But in the middle of a real crisis, the Fed’s theoretical one is just a little outdated.

“Also, those bad outcomes are arriving far, far more quickly than the Fed had projected the rate of decline to be,” Judge said.

How fast? Earlier today, former Fed Chair Janet Yellen said GDP could drop by 30% this quarter. And UC Irvine law professor Dave Min said that in a situation where many consumers aren’t even supposed to leave their houses, even the most prudent banker in the world would have trouble.

“At some point, the business of banking is about making loans,” Min said. “And if you’re making loans in a terrible economy like this one, you’re going to suffer.”

JPMorgan Chase has run stress tests of its own. CEO Jamie Dimon said in a letter to investors that if the economy contracts 35%, the bank would still be fine. And, probably, still able to pay dividends.

But bank advisor Mayra Rodriguez Valladares at MRV Associates said JPMorgan and other banks might want to think twice about dividends.

“Absolutely every market and macro signal is telling us that there’s rising probabilities of default for individuals and especially for companies,” Rodriguez Valladares said. “Banks need to shore up capital to sustain unexpected losses.”

The central banks of Europe and England have pressured financial institutions to stop paying dividends right now. As of now, the Fed has not.