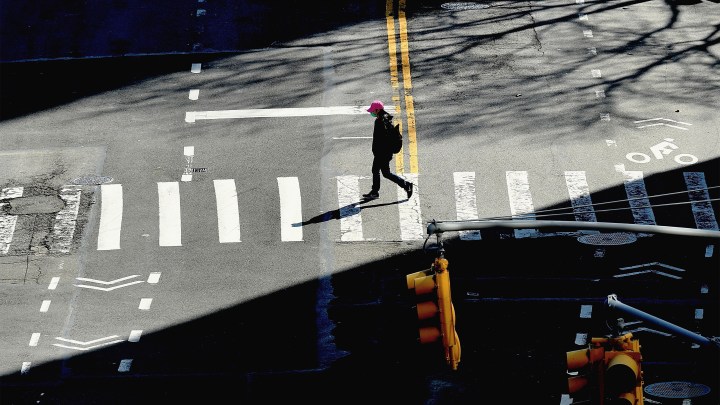 The Labor Department reported Thursday that there were 6.6 million new claims for unemployment benefits last week — twice as many as the week before.

We’ll get a broader snapshot of employment in the United States on Friday when the monthly jobs report for March is released. It won’t tell us much about recent job losses or the current unemployment rate. That’s because it’s based on surveys of employers and households that were conducted March 7-14, before layoffs and business closures due to the COVID-19 pandemic soared.

Some economists believe the unemployment rate is already into double digits and that it could hit 30% before long. But one thing we can confidently predict about that report: Wage gains in March probably weren’t much to write home about. They’ve been like that for much of the past decade.

And now that we’re into a steep recession, that really matters.

“The wealth of the middle class is still down by about 15% to 20%” since the Great Recession, said Edward Wolff, a professor of economics at New York University and an authority on household wealth in America. “Here we are at the cusp of another recession, and the middle class still hasn’t recovered from the financial crisis.”

That’s a familiar story for Liana Wright of Alexandria, Virginia. She’s 46, and until last August, she worked as an office manager at a nonprofit. She made a little over $60,000 a year — and with the high cost of living in Northern Virginia, she struggled to make ends meet.

“I never really had a lot of savings in the first place,” she said.

Then she got laid off. She’s been temping, job hunting and living off unemployment benefits, which pay just a fraction of her former wages. In early March, Wright landed a three-month gig as an executive assistant, which she can do from home. She’s making $20 an hour and trying to catch up financially.

“It was difficult trying to prioritize what to pay and things like that,” Wright said. “I was really racking up the credit card debt.”

Wright’s finances going into this economic crisis are typical of middle-class Americans.

According to Wolff, back in 2007, the median household could lose its income but keep up its spending for 1.6 months. By 2016, that had fallen to half a month.

“The average family in terms of income really hasn’t much financial reserves to maintain its normal consumption for more than a couple weeks,” Wolff said.

Further down the income scale, the story is worse.

In a survey released Thursday, Morning Consult reported that 18% of households earning less than $50,000 a year have no savings at all to fall back on if one adult loses their job. One in three (34%) would run out of savings after three months.

And according to a report by the Federal Reserve, 4 in 10 Americans don’t have enough money saved to deal with an unexpected $400 emergency expense, such as a car repair or broken household appliance. They’d have to put it on a credit card or borrow from family or friends to cover it.

Higher up the income scale, household finances are better.

Teri Williams is 54 and lives near Fort Lauderdale, Florida. She works for a roofing company, and her husband is a maintenance manager.

Both of them are still working during the pandemic. And what if their jobs and income were to go away?

“We’ll be OK, I would say, probably maybe for three months,” Williams said. “I really wouldn’t want to push it more than that. But at that point, I’d have to reassess. And then you start, you know, ‘What bills don’t I pay?’”

Wolff found in his research that as of 2016, the top quintile (20%) of households by income had enough money socked away to cover well over two years of expenditures at their current spending level. The next quintile of households had about 6 months of savings to cover their spending.