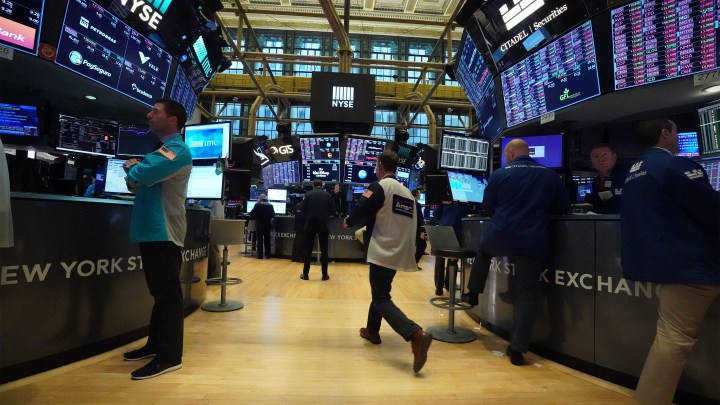 COPY
The floor of the New York Stock Exchange will be without its nearly 400 traders Monday. Bryan R. Smith/AFP via Getty Images
COVID-19

The floor of the New York Stock Exchange will be without its nearly 400 traders Monday. Bryan R. Smith/AFP via Getty Images
Listen Now

The New York Stock Exchange made the decision this week to temporarily move to electronic trading, starting Monday, in response to COVID-19. It means closing down the trading floor at the corner of Wall Street and Broad Street.

For years, electronic trading has all but phased out the loud trading pits you’ve seen in movies and documentaries. But at the New York Stock Exchange, physical trading still matters.

The roughly 400 traders that mill around on the NYSE trading floor have certain advantages, according to Georgetown finance professor James Angel.

“They’re there, hanging out with the other traders, they hear things, they see things, they feel things,” Angel said.

That kind of information is valuable, especially at the end of the trading session. That’s when a special auction helps determine the closing prices for stocks. Angel said human traders can react to new information in real time and call up their clients and let them make decisions in real time.

Floor traders can also step in when technology doesn’t work. Back in 2012, a financial firm’s trading software accidentally bought and sold hundreds of stocks when markets opened.

Justin Schack, the head of market structure at Rosenblatt Securities, a big floor broker on the New York Stock Exchange, said that even though his firm wasn’t having the problem, they were still involved.

“There were folks on the NYSE [floor], including some of our people, that were involved with recognizing that and shutting down some of the stocks that had just opened at crazy prices,” Schack said.

Schack said having human traders together in a place where they can see and speak with one another is important during times of stress. Especially now, as we’re seeing huge market swings on a daily basis.

“Having human beings on the floor is especially important in a time like that,” Schack said. “It’s unfortunate that they’re not going to be there on Monday.”

The New York Stock Exchange says its markets are fully capable of operating in an all-electronic fashion.

“Running the NYSE fully electronically is something that we’ve tested with our customers repeatedly,” said Stacey Cunningham, president of the NYSE.

But she said that, in the long run, the market will benefit when it can return to a combination of trading technology and human judgment. 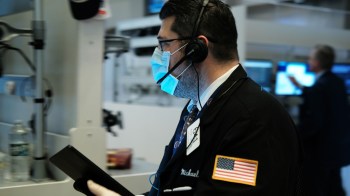