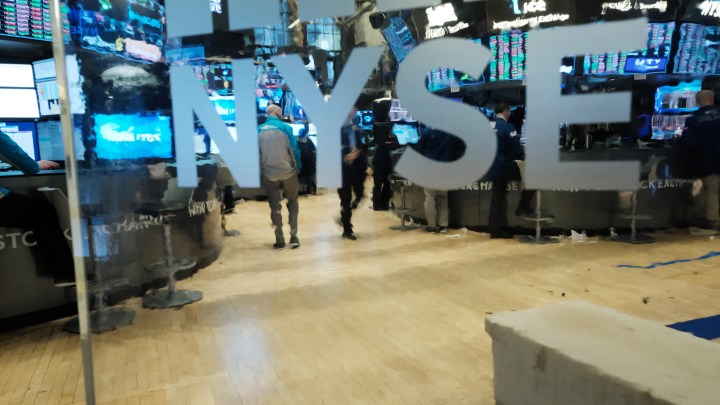 Starting today, the New York Stock Exchange’s trading floors are temporarily closed. Trading will continue during normal hours, but it will happen electronically. That means all those bustling traders you see on TV and in photos won’t be working on the trading floor.

The NYSE says it’s run plenty of tests and that its markets are fully capable of operating electronically. But NYSE President Stacey Cunningham says the market will be missing something.

“A computer doesn’t apply judgment quite the way people do,” she said.

For instance, when human traders meet on the floor and agree on a fair closing price, Cunningham says those prices tend to be more stable.

On their own, computers can cause prices to fluctuate.

“You want to know that when you bought or sold something, the price doesn’t rapidly change to a totally new value afterwards,” Cunningham said.

But Justin Schack at Rosenblatt Securities says the NYSE’s human traders have stepped in to stabilize markets when there have been software glitches, or during a financial crisis.

“In times of stress, it’s very important to have human beings involved and actively engaged in the trading process,” he said.

And with market volatility reaching levels we haven’t seen since 2008, Schack says, yes, this is a time when markets are stressed.