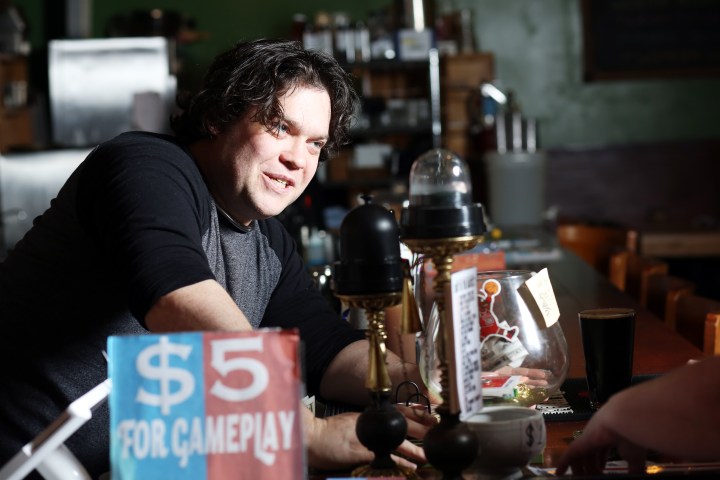 Update (March 16, 2020): This story has been updated to reflect Oregon’s restrictions on bars and restaurants.

Some of the people who will be hardest hit by the tidal wave that’s about to break over this economy are those who work in the service industry.

As we learned in our “United States of Work” series, service occupations account for nearly 2 out of 10 workers in the labor force. That means bartenders, cooks, hair stylists, dental hygienists, massage therapists, crossing guards and a range of other workers likely to be impacted by COVID-19 protection measures in the coming weeks.

One of the people in that series is a bartender named Neil Cairns, who told “Marketplace” host Kai Ryssdal that he’s already seen business at his bar, Game Knight Lounge in Portland, Oregon, drop dramatically. His shifts have already been cut from four days a week to one.

As a growing list of states puts restrictions on bars, restaurants and cafés, Neil and millions of service sector workers like him facing the very real prospect of going weeks without pay.

“I think I mentioned the first time we talked, that, right now, I’m able to pay my bills and pay off my debts and all of that, but I’m not really saving,” he said. “So, you know, that income gets interrupted, I think it’s gonna become a problem pretty quick.”

On Monday afternoon, Oregon Gov. Kate Brown restricted access to all bars and restaurants for at least four weeks. That means Neil is out of work.

“There’s not a lot of options to just run out and grab another job,” he said. “I think a lot of it will come down to just needing to sort of hunker down for a little bit, just live off what we got and hope for the best.”