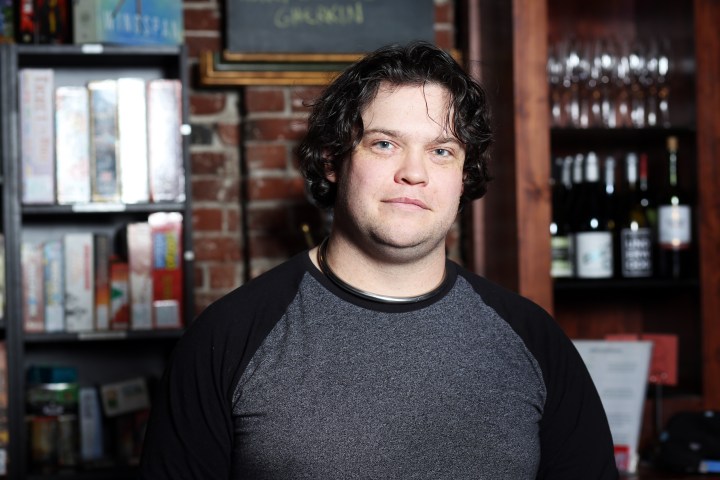 COPY
"I'm casting my net as wide as I can," says former bartender Neil Cairns about his search for work. Thomas Patterson
United States of Work

"I'm casting my net as wide as I can," says former bartender Neil Cairns about his search for work. Thomas Patterson
Listen Now

Neil Cairns, one of at least 10 million unemployed workers in the United States, has not had a steady job since August.

“Marketplace” first profiled him as part of a series about the American labor force called the “United States of Work.” At that time, he worked as a bartender in Portland, Oregon.

Like many Americans, he was temporarily furloughed when the pandemic hit, then laid off permanently when the bar he worked for closed for good. Since then, he’s struggled to find a new job.

The following is an edited transcript of Cairns’ latest conversation with “Marketplace” host Kai Ryssdal about his ongoing search for work.

Neil Cairns: I’m casting my net as wide as I can. You know, I’m applying [at] retail places, [jobs doing] physical labor and things like that. I applied for a driving job that actually I was offered, but when I looked up the location, turns out it’s about a 45 minute drive and I don’t own a car right now, so I can’t actually get to that job. So, that’s what a lot of the jobs are turning out to be. A lot of places hiring, but….

Kai Ryssdal: But none that you can get to because you don’t have a car. So that’s the limiting factor for you. You don’t have transportation and you can’t take a bus.

Cairns: It’s a big one, yeah. Because a lot of these jobs are outside of even our transit system.

Ryssdal: How are you getting by? What money is coming in?

Cairns: Right now, I’m pretty much entirely living off of my disability pay from the military and my partner’s, my wife’s, unemployment.

Cairns: Well, I mean, we’ve cut way back on everything, and so that’ll probably go further now than it would have a few months ago, when it was already desperately needed. But yeah, probably not more than, more than a couple of months. Now they’re talking about maybe the end of May having enough vaccinations for the whole country. I don’t know how long that rollout will actually take — so, maybe, maybe that long.

Ryssdal: When we talked last time, I don’t even remember what I said, but you in essence said you felt you had been forgotten and overlooked. And just to break the fourth wall a little bit here, we kept in touch and you sent us a text in January that said, and this is you now, “I feel so astonishingly betrayed by the systems responsible for protecting and providing for our nation.” Do you as a guy on the lower rungs of the income ladder in this country, do you feel any hope that it’s going to get better post-virus?

Cairns: You know, I really don’t see a lot of silver lining. We are so eager to get back to normal that we’re probably going to ignore a lot of the lessons learned from this pandemic. You know, restaurants and bars are already trying to go back to business as usual. Customers, people in general, definitely want to just go right back to normal. And without some sort of structure, some sort of system in place to help facilitate people taking things easier, I don’t see how this is going to get much better in the future.

Ryssdal: But Neil, if a bar or restaurant opened up around the corner from you and said, “Hey, we can give you 25 hours a week,” would you do it?

Cairns: Probably. Yeah. I don’t think I’d have a whole lot of choice, and that’s exactly the problem — we should. You know, providing for people in situations like mine, like those who are in worse positions than mine, to be able to stay home, to choose when to go back to work in a way that is best for them, I think is really important, and I don’t see any indication that we’re gonna make any attempt to do that. 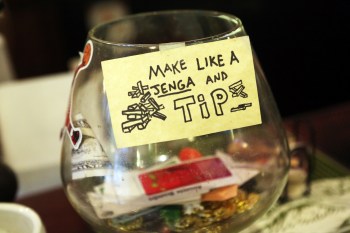