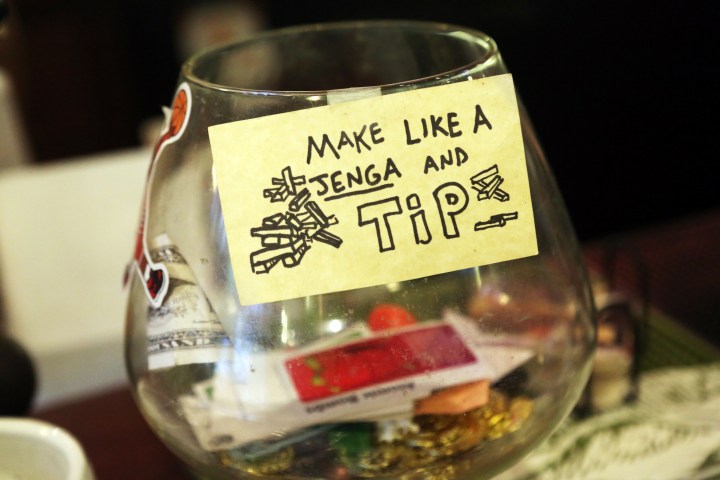 Kai Ryssdal and Maria Hollenhorst May 4, 2020

The day Oregon Gov. Kate Brown closed all bars and restaurants to patrons, Portland bartender Neil Cairns told “Marketplace” that without savings to fall back on, just paying bills would become “a real problem” for him pretty quickly.

That was back in March. With Oregon’s stay-at-home order still fully in effect, we checked back in to see how he’s making ends meet.

“Since then, I’ve been out of work, obviously,” he said. “I’ve just been taking care of stuff around the house, doing a lot of yard work and trying to get by in the meantime.”

Thanks to the federal government’s $1,200 stimulus check, expanded unemployment benefits and roommates to help him bridge the gap if an unemployment check comes late, Cairns said he’s pretty sure he’ll be able to cover bills this month.

But those solutions aren’t permanent. The federal government’s expanded unemployment benefits are scheduled to expire at the end of July.

“If there isn’t a pretty big change or something else doesn’t come through, then I’m gonna have to find some job where I would be considered ‘essential,’” he said.

No date has been announced for Oregon bars and restaurants to begin reopening.

“If it continues like this, I’m gonna have to put myself into a dangerous situation where I’m more likely to become infected and potentially die,” Cairns said.