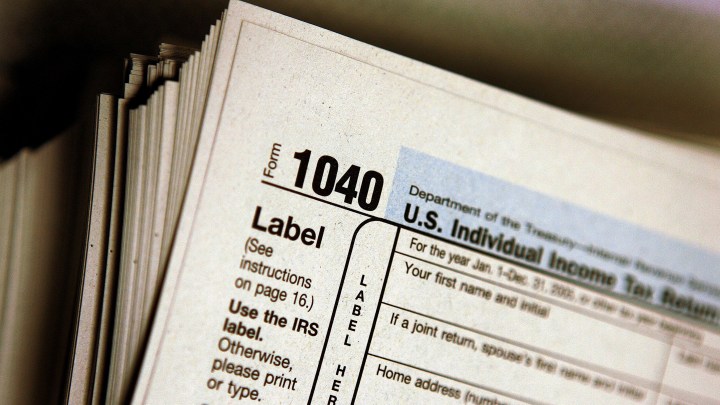 If you got furloughed or laid off or couldn’t work due to the pandemic in 2020, and you received unemployment benefits, the American Rescue Plan President Biden signed last week might have some money for you in the form of a tax refund.

This potentially affects a lot of people – 40 million Americans received unemployment payments last year — about 1-in-4 people who had jobs before the pandemic.

That’s about how much Mark Smith of Clackamas, Oregon, is in line to get.

He did maintenance at a factory until it closed in March 2020 — he’s been getting about $300-a-week in state unemployment, plus the periodic federal supplements. And he’s already paid the income tax on all of it.

“Withholding – because that’s the most sensible thing,” he said.

He’s also “sensibly” filed his 2020 taxes already, so he’ll have to wait for his refund.

And what’ll he do with it?

“I’m probably going to save some of it, because I like to have a bit of a cushion. I’ve actually been trying to keep up on repairs on my Toyota Camry. Probably get some more clothes, new work shoes, because it’s been a year, so …”

The tax exemption will put about $25 billion extra into Americans’ pockets, said Pancotti, adding that those who’ve been unemployed six months or longer need it the most.

“They’re more likely to face food insecurity, housing insecurity, you know, credit card bills racking up. So between stimulus checks and increased tax refunds from this policy, a lot of that will go to pay down debt. It will also put food on the table, keep a roof over these workers’ heads,” she said.

For those who don’t need the money for necessities, the tax savings are likely to fuel more saving, as well as consumer spending.

Update (March 16, 2021): This piece has been updated to reflect the latest guidance for taxpayers who may be eligible for the new tax exemption on unemployment benefits. The IRS advises taxpayers who have already filed their 2020 tax returns not to file amended returns and await further guidance on this and other tax provisions included in the COVID relief law.