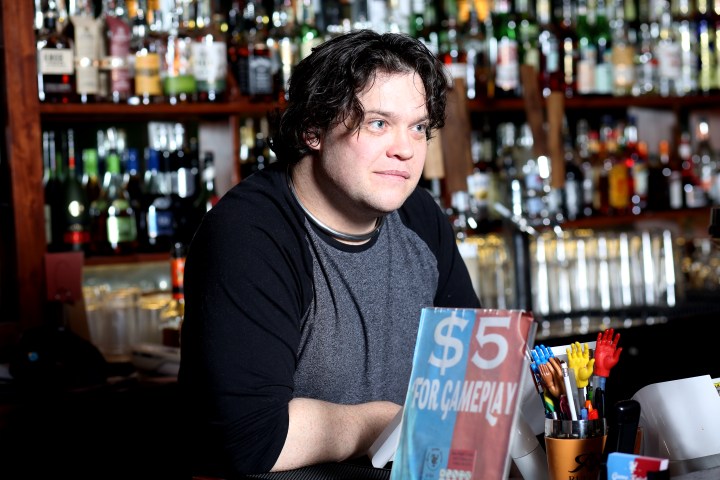 Last month, there were 2.6 million fewer people employed in bars and restaurants than there were in February. But as small businesses struggle to survive the pandemic, more of those job losses are becoming permanent.

When the Game Knight Lounge in Portland, Oregon, was forced to close in March due to a statewide stay-at-home order, owners Andrew Pitt and Christian Wight laid off their four employees. They rehired them in June with the help of a Paycheck Protection Program loan from the Small Business Administration, but on Saturday, the Game Knight Lounge will close its doors forever.

“We’re going to try to hold out until the end of this week and then call it quits,” Wight told Marketplace. “We decided to make that call before the money ran out completely.”

Back in February, we profiled bartender Neil Cairns, one of their employees, as part of a series about the American labor force called the United States of Work.

We spoke with Cairns in March as bars and restaurants shut down around the country and later about making ends meet while he was temporarily laid off. So as the Game Knight Lounge prepares to close permanently, we asked him to keep an audio diary. The following is an edited transcript of Cairns’ audio diary for his shift on Wednesday, Aug. 12.

All right, it’s 4 o’clock. I’m opening up the bar for the day. All the prep work is done, cash is in the register and we are good to go. Now it’s just a matter of waiting until we see some customers.

Well, it’s 5 o’clock. I have just finished mopping the bar and giving all the tables a quick once-over with sanitizer. I haven’t seen any customers yet, so I’m just trying to keep the place looking all fresh and nice for the next people who do come in.

I still haven’t seen any customers. We’re trying to keep busy here, but at this point there’s not really any work left to do, so I’m searching for jobs and putting in applications, but no customers just yet.

All right, it’s now about 7:40. At 7:15 we got our first two customers for the day. I told them about the bar, got them carded, seated, recommended some local drinks. (They’re tourists, and I wanted to showcase some of our local spirits and our local beers that we always keep on tap.) I recommended a game, taught them how to play it, I’ve got some food heading out to them, and now I’m just waiting for some more customers.

I just helped my two customers find a new game to play and gave them some more tourist information. I’ve finished all my prep dishes and all my other dishes and now I’m chilling and waiting.

It’s around 8:30 now and I find myself doing what I’ve been doing a lot of nights lately, which is just looking around the bar, taking it in, thinkin’ about how much I’m gonna miss it here. It’s kind of rough on nights like this where there’s nothing happening, but I do love this place and getting to spend time here is still good, even if it kind of hurts.

My two customers have left. Generally lately, we have not gotten any new customers after 9. Every now and then we’ll get some folks wandering in around 9:30 or so, but I’m going to start breaking the bar down and closing up for the night. If somebody comes in before close, I’ll let them in and have a drink. Otherwise, that’s it for tonight.

I’m just printing off our reporting sheet for the night. It’s gonna show our total sales and all that…. We’re at $45 for the night, and I anticipate that will be the extent of what we bring in today.

Everyone is gone. We’ve done “last call,” but nobody was here to take advantage of it. We did $45 in revenue today with two people working for about six hours, and that is it. Tomorrow we’ll open up and do it all again.